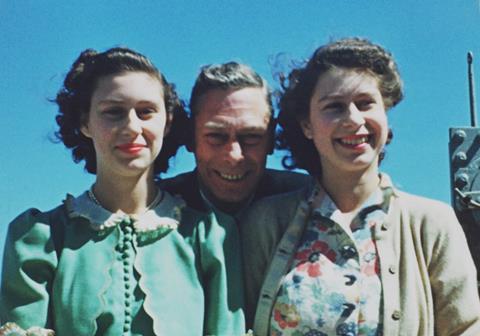 “Watching the young Queen as a gurgling baby, mucking about with her sister, Margaret, stroking the many dogs that have been a constant part of her life and pulling silly faces was as endearing as it was familiar to anyone who was ever young. They felt like any family. And while most of our lives aren’t full of men in plus-fours milling about Scottish estates, this was so sweet and relatable it would have probably enchanted Oliver Cromwell. It was exquisitely put together too.”
Ben Dowell, The Times

“Using 400 reels from the Queen’s own home video archive – much of which has never before been seen by the public – editor Mark Hammill and director Simon Finch have created a quite stunning, truly moving collage of the first three decades of the life of Elizabeth II. If the footage is remarkable, it is matched by a voiceover delivered by the Queen herself. It’s as if she was taking us through her holiday snaps and treasured old videos.”
Chris Bennion, The Telegraph

“For us, it’s a bit of a treat – a platinum jubilee gift. For the Queen, it’s a chance, as she hints in her narrative, to show those who’ve only known her as a nice old lady that she, too, was young once. Most of the footage is as mundane as in any other home movie, to be honest, and the commentary is largely made up of homilies from old Christmas broadcasts and speeches. But there’s a fascination in peeking into the private life of this family.”
Sean O’Grady, The Independent

“Two Daughters is a raw and devastating film about grief, and an astonishing testament to resilience and the power of faith. Stacey Dooley feels less like a presenter and more like a family friend. When she talks to Mina and Chris, we are bearing witness to deeply personal conversations. In other scenarios, her conversational, casual approach can have its weaknesses, but in this one, it is all strength.”
Rebecca Nicholson, The Guardian

“It was a study of grief but also of faith, something which is rarely portrayed on television. Mina invited Stacey Dooley to help tell her story. Dooley often overshadows her subjects but not here: she handled things beautifully, treating the Smallmans with empathy and respect, and ensuring that the programme ended on a tribute to their daughters.”
Anita Singh, The Telegraph

“The script was apparently written by someone who learned English by watching episodes of The Sweeney. This is a working-class version of Richard Curtis’s London. Instead of Hugh Grant’s floppy fringe we have Johnny Rotten’s spiked barnet. Instead of Love Actually, this is Hate Actually. But that doesn’t matter, because Pistol isn’t aimed at anyone who actually remembers London in the decrepit era of Harold Wilson’s government. This is music history reimagined for the American market.”
Christopher Stevens, Daily Mail

“Capturing the idiosyncratic essence of a show that somehow leaves us feeling warm and fuzzy even as it gleefully slays its way through bucolic middle England, this was a charming trip down the most murderous of memory lanes.”
Rachel Sigee, The i