The Void; Rolling In It; Jeremy Clarkson On TV

“Hosts Ashley Banjo and Fleur East both get stars for effort, but they’re striving to inject excitement when there is none to be had” 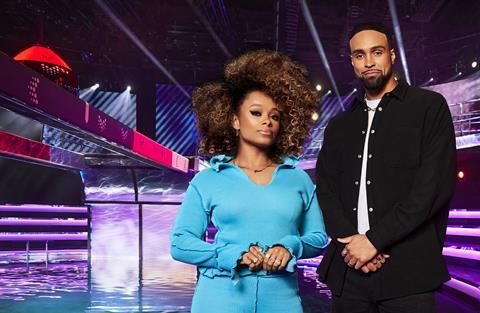 “This is a new game show which claims to be ‘heartstopping’, a description that can only be true if your heart rate slowly winds down to zero due to lack of stimulation. Ashley Banjo hosts the show alongside Fleur East, and they both get stars for effort, but they’re striving to inject excitement when there is none to be had. For shows like this to be entertaining, they must be comical (Total Wipeout) or feature contestants performing impressive physical feats (Ninja Warrior). The Void does neither.”
Anita singh, The Telegraph

“The Void involves 15 people falling in slow motion, over and over again, into a swimming pool — or, as hyper-ventilating host Ashley Banjo calls it, ‘500 tons of unforgiving water’. It’s an hour long but felt much longer.”
Christopher Stevens, Daily Mail

“There’s something familiar to us fans of the BBC’s late lamented Total Wipeout. Quite why The Void didn’t measure up to Total Wipeout might have been because of the dank studio setting (with what sounded like canned crowd noise) as opposed to Wipeout’s sunny outdoors set, while Ashley Banjo and Fleur East had yet to master the way in which Hammond and Amanda Bryan seemed greatly amused by the contestants’ mishaps – the more painful-looking the better. The new ITV show wasn’t bad, but it’s still a mystery why Total Wipeout was ever wiped out.”
Gerard Gilbert, The i

Rolling In It, ITV

“Rolling In It has a couple of things going for it. There is a decent twist, which is that landing a coin in a ‘steal’ slot allows contestants to pinch the prize money from their rivals. It also pairs members of the public with celebrities, which adds a little pizzazz. Stephen Mulhern is a presenter with absolutely no edge – he started out on kids’ TV and still has that air – but he’s a safe pair of hands. As game shows go, it is undemanding and unmemorable, but buoyed along on a sea of jolliness.”
Anita singh, The Telegraph

“Clarkson opened with a gem from an Icelandic quiz called Gettu Betur, that saw one aggrieved player kick over his podium, throw water at a rival and storm off shouting. But the rest of the 40 minutes was mostly a round-up of Clarkson’s personal grudges. These included a series of digs at BBC1’s One Show — clearly not forgiven for making sarcastic noises back in 2016 when he quit Top Gear. He ended, incredibly, with a jibe at Chris Tarrant and his shouty style of commentary. Clarkson is famous for his bellowing. Whoever did he copy that from?”
Christopher Stevens, Daily Mail