The War of the Worlds; Stanley Baxter; Gauguin; Seamus Heaney

“It had some good moments, but despite a great cast, it was forgettable” 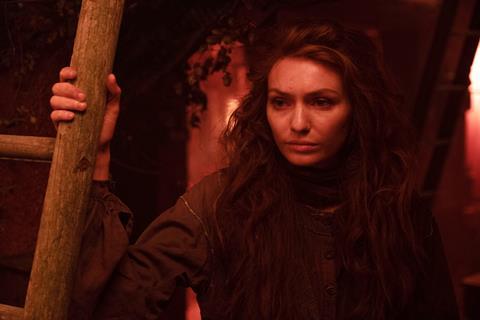 “At least The War of the Worlds comprised only three episodes; I’m not sure I could have taken much more misery. Because even an hour can feel like an age when you’re being served an all-you-can-eat buffet of despair, death, devastation and dark, dark rooms. It had some good moments, this production. But despite a great cast, it was forgettable.”
Carol Midgley, The Times

“Unlike most versions of the HG Wells classic, adaptor Peter Harness decided not to look on the bright side. Instead of the book’s comforting conclusion, the entire world is in chaos and the aliens’ death is a mystery. Despite the original’s status as a revered Victorian classic, this period drama was very far from being cosy ‘heritage TV’ for the Downton/Poldark slot.”
Jeff Robson, The i

“Already weighted down with worries about feminism and gay rights in the Edwardian era, The War Of The Worlds suffered a complete nervous breakdown in its final episode and became Attack Of The Guilt-Ridden Lefties.”
Christopher Stevens, Daily Mail

“Nostalgia is a cheap way of filling the schedules. Occasionally, though, it throws up a gem. Such was the case with Stanley Baxter’s Best Bits… and More. Crucially, it starred the man himself, twinkling away at the age of 93.”
Anita Singh, The Telegraph

“This documentary did not ignore the artist’s penchant for 14 and 15-year-old Polynesian girls, but did not examine it overly closely either. It was a lyrical documentary done in vivid colours, rather like Gauguin’s paintings, but recounting a little too briefly his brief, fraught flat-share with Vincent van Gogh.”
Carol Midgley, The Times

Seamus Heaney and the Music of What Happens, BBC2

“It is a gorgeous, almost luxurious documentary about one of the all-time greats.. Given the current political climate, it is an apt time for people to be reminded of what happened in our very recent past, and what that was like for the people living through it.”
Rebecca Nicholson, The Guardian