The Windsors; Back in Time for the Corner Shop; The Twilight Zone

“The creators have shown an almost psychic insight into the woes of the Royal Family.” 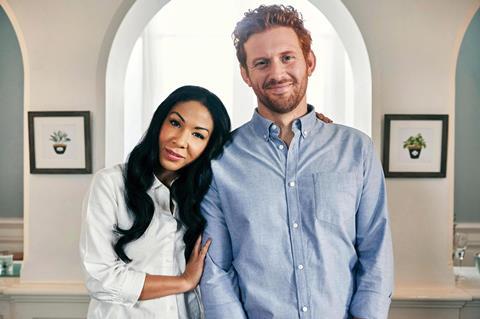 “The Windsors gamely blended fact with fiction and was knockabout fun with several snort-inducing ‘how do they get away with it?’ moments. However, it too often used a rude, crude sledgehammer to crack its satirical nut. Most scenes fell back on lavatorial humour or gratuitous swearing to elicit a laugh.”
Michael Hogan, The Telegraph

“This wonderfully naughty show has often been so daft you half-expect Graham Chapman’s Monty Python colonel to pop up and tell everyone off for being too silly. As a comedy this works best when running ridiculously with make-believe rather than grappling with the real-life absurdist dysfunction. So when it came to Andrew’s recent travails it fell slightly flat.”
Ben Dowell, The Times

“The joy of The Windsors is in the detail, with particular attention paid to the various royal accents. Enfield’s Charles is a riot of sharply observed verbal tics and facial contortions. Wills and Harry’s lockjawed vowels transform Meghan into ‘Muggan’, while Haydn Gwynne’s Camilla, Highgrove’s own Cruella de Vil, formulated diabolical plans to drive Meghan and out of the country in a cut-glass drawl.”
Adam Sweeting, The i

“The creators of The Windsors have shown an almost psychic insight into the woes of the Royal Family. Spitting Image used to write and record sketches as late as possible. That guaranteed freshness but made rehearsals and rewrites impossible. The Windsors is more polished, crammed with well-honed gags and hilarious performances, and recorded weeks in advance.”
Christopher Stevens, Daily Mail

Back in Time for the Corner Shop, BBC2

“We started in 1897, before the onset of feminism and mass packaged food. It was tough going for them, but by the end they were all joyously buoyed by the sense of pulling together, bonding as a family and with their community. I liked this family, especially Jo, who withstood all familial barbs with good grace.”
Ben Dowell, The Times

“BBC2’s social history strand is proving to be a robust perennial. Presenter Sara Cox played sergeant-major, chivvying the Arderns along in their new roles, and filling in some facts with the aid of social scientist and food historian Polly Russell.”
Adam Sweeting, The i

“These shows have social history down to a fine art, with their blend of British traditions, forgotten recipes and close-knit families willing to learn old skills. Dave struggled to chip flakes off a sugar cone, Ben and Olivia battled to push the delivery cart and everyone was baffled by shillings and pence.”
Christopher Stevens, Daily Mail

“The 10 episodes of the new incarnation are a mix of remakes of Serling-era stories and new ones. It is hard to imagine, even though he provides the top-and-tail narration to each instalment, that Jordan Peele himself had much to do with the series creatively. It is simply too dull, badly paced and bereft of imagination.”
Lucy Mangan, The Guardian