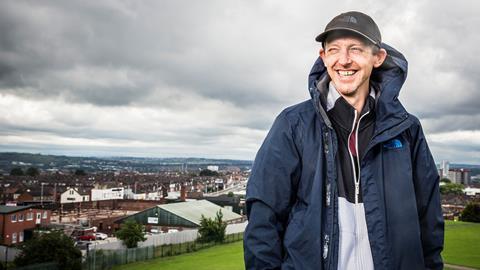 “The prime directive for this kind of documentary on this kind of subject is to stay as unsentimental and clear-eyed as its protagonists almost always are, and this The Yorkshire Jobcentre manages admirably. In addition, as it’s a series rather than a one-off, there wasn’t the rush through people’s stories that frequently afflicts the genre.”
Lucy Mangan, The Guardian

“This was a very jaunty look at unemployment set to a funky soundtrack including the theme tune to Big Little Lies. Perhaps the producers, who filmed in the lead-up to the pandemic, wished they had downplayed the jolliness now that Covid-19 is causing massive job losses. However, it was still strong stuff thanks to cracking case studies on both sides of the desk.
Carol Midgley, The Times

“Everyone at Southern House in Leeds came across as kind and empathetic. The jobseekers seemed to enjoy their visits. You can imagine Ken Loach watching in a fury, throwing peanuts at the screen and yelling: ‘But it isn’t like this!’.”
Anita Singh, The Telegraph

“The upbeat pay-off at the end of an hour that was often dispiriting was wrecked by the montage of clips and soundbites that opened the hour-long show. Did the film-makers assume we’re all goldfish who would forget her in seconds? Or do they have a cynical contempt for their own product, and expect that nobody pays much attention to cheap and formulaic shows like these?”
Christopher Stevens, Daily Mail

“The Yorkshire Jobcentre does a pretty good job of showing the day-to-day realities of both staff and claimants, without showing up the DWP too much. Where it fell down was in its simple, fairy-tale narrative of the search for work. In the real world, finding a job is rarely the end of the story.”
Barbara Speed, The i

“While it is a story that unfortunately rings true for far too many, the ‘happy ever after’ ending feels simplistic. Nicholas Pinnock’s monologue is sincere and bound to tug at heartstrings yet, as a black viewer who has seen similar scenarios before, onscreen and in reality, its predictability left me feeling cold. While it is commendable that black writers have been given the space to share their stories, Generational doesn’t feel as though it was written with a black audience in mind, with nothing new or radical to add.”
Jumi Akinfenwa, The Guardian

“There were moments in this two-hander when the script drifted towards ‘political lecture’, telling rather than showing, and it was all resolved a bit too quickly. Yet it was obvious that it came from the heart. You felt the tears of the actors might be real.”
Carol Midgley, The Times

“Jerome Bucchan-Nelson’s script raised some interesting issues and it was certainly topical. But it is very difficult to craft a 15-minute drama, and the story was defeated by the format: the writing tried to cram a build-up, big reveal and satisfying conclusion into a quarter of an hour, in over-simplified dialogue that would have been better suited to a show aimed at teens.”
Anita Singh, The Telegraph

“Unsaid Stories, a series of powerful 15-minute mini-dramas, is all the more impressive for the fact that it was pulled together in a matter of weeks. On Monday, we met father and daughter Justina (Yasmin Money Prince) and Oliver (Nicholas Pinnock) as they rowed over whether she could go to a Black Lives Matter demonstration with her friends. Their resulting conversation was moving and thought-provoking – no mean feat in less than 13 minutes.”
Barba Speed, The i