This Country; Confronting Holocaust Denial with David Baddiel; Inside No 9

“Acutely observed and delightfully written as ever, with a tender and poignant undertow” 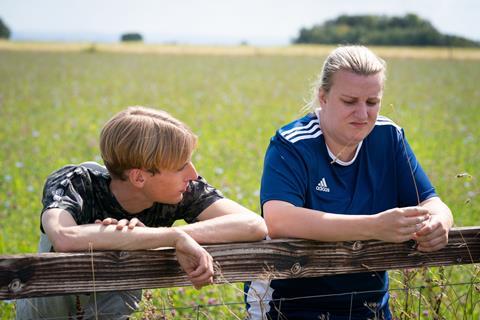 “The mockumentary returned for its third and final run, which might be sad news for us fans but is doubtless the correct decision. This relatively low-key return might have lacked the explosive belly laughs of This Country at its very best, but it was as acutely observed and delightfully written as ever, with a tender and poignant undertow.”
Michael Hogan, The Telegraph

“They pad as sure-footed in Adidas trainers as ever, along the lines separating hope from despair, portraiture from caricature. This last series finds welcome opportunities to deepen characters – particularly the vicar – and illuminate broader social issues and sadnesses.”
Lucy Mangan, The Guardian

“The actor Michael Sleggs requested that his coffin appear in the new series of This Country. That didn’t happen, but it did mark his death in a way that was poignant, appropriate and faithful to the mockumentary, by gently taking the mick.”
Carol Midgley, The Times

“Baddiel took an unwieldy subject spanning more than 80 years of history and marshalled it into a coherent whole, combining personal testimony with intellectual argument.”
Anita Singh, The Telegraph

“At the heart of troubling documentary Confronting Holocaust Denial with David Baddiel was the question of whether it was ever acceptable to give Holocaust deniers a platform. Nothing in this hour-long film vindicated Baddiel’s decision to engage with Holocaust deniers. You can’t make a problem go away by promoting it.”
Rupert Hawksley, The i

“Baddiel argued in Confronting Holocaust Denial that people like this already have unlimited airtime on social media and they should be challenged. It is to Baddiel’s great credit that he remained calm throughout, disarming the denier, with the weapons of sarcasm and humour.”
Carol Midgley, The Times

“This made for an impassioned documentary, and helped show a more likable side to Baddiel, for anyone who usually finds him unbearably smug and egotistical.”
Christopher Stevens, Daily Mail

Inside No 9: Love’s Greatest Adventure, BBC2

“Inside No 9 is always full of surprises but a festive episode in mid-Feburary was certainly a tale of the unexpected. Compared to last week this was a modest yet even more dazzling playlet. Shearsmith and Pemberton’s writing was warm and rhythmic. Their plotting had precision and elegance.”
Michael Hogan, The Telegraph