Three Families; Inside No. 9; Motherland 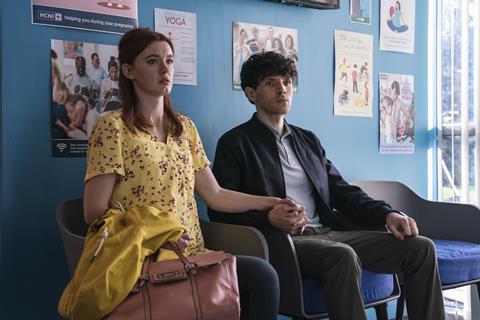 “It is the mark of a good drama that hours after you have watched it you realise that you still feel angry. Three Families was one such example. Abortion is not a subject that is easy to dramatise and initially I feared that Gwyneth Hughes’s drama was settling into cliché. However, once the groundwork was done, it took off with strong, intelligent performance.”
Carol Midgley, The Times

“By virtue of its content, this could not have been other than an emotive drama. But its potential power was vastly attenuated by an underpowered, unevocative script that never allowed it to transcend the box-ticking aspect or develop the characters much beyond ciphers.”
Lucy Mangan, The Guardian

“So much tragedy crammed into two hours makes for difficult viewing, compounded by writer Gwyneth Hughes’s determination to highlight a wide range of injustices. The style sways from emotional family confrontations to fact-filled reconstructions. But it never loses sight of the fact that, before Northern Ireland’s restrictive abortion laws were lifted in 2019, for anyone involved, abortion was a last and traumatic resort.”
Christopher Stevens, Daily Mail

“Many viewers will be appalled by these stories, and the fact that Northern Ireland’s abortion laws were not changed until 2020. Others will be angry that the BBC has picked a side. But with moral judgments set to one side, the programme fails purely on dramatic grounds. It feels curiously empty.”
Anita Singh, The Telegraph

“Although I could see that it was clever, I found it one of their least engaging episodes (and many, let’s be clear, are pure genius). Satirising a medley of dramatic styles from fourth wall-breaking to Shakespeare to lame panto sex gags was imaginative, but, and I’m probably in a minority of one, for me it never left third gear.”
Carol Midgley, The Times

“There’s a fine line between clever and clever-clever, and Inside No 9 always stays on the right side of it. The melding of styles meant that we had a 1970s-esque heist involving stolen jewels and a climactic shoot-out, but starring stock commedia dell’arte characters speaking as if they were on the stage. Which sounds awfully pretentious, but it wasn’t.”
Anita Singh, The Telegraph

“There’s no getting away from the verdict that this episode, Wuthering Heist, was a confusing mess. The whole tale was so arch it was bent double. But no one has said ‘bomb’ in such a silly accent since the Pink Panther movies. I defy you not to snigger.”
Christopher Stevens, Daily Mail

“Motherland, which began as a hilarious sitcom about a group of parents failing badly, is now trying to add some layers. Whether or not this is a wise idea, the show remains very funny, which is the most important thing. If you have or have had young children all of this will have been hideously close to the bone.”
Benji Wilson, The Telegraph

“The joke rate was 10 to the dozen, with each quip and sarcastic retort forcing a different type of laugh – appreciative giggles to full-on roars. The introduction of a more momentous and potentially devastating storyline only served to cement the calamity of middle-class parenting further in reality. Long may the reign of the yummy – and slummy – mummies continue.”
Emily Baker, The i