“At times last night I wasn’t sure whether I was watching a revenge drama or suffering from delirium induced by a urinary tract infection.” 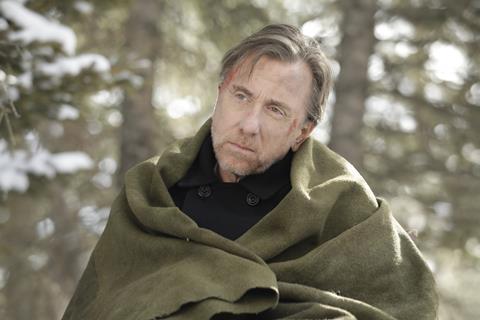 “At times last night I wasn’t sure whether I was watching a revenge drama or suffering from delirium induced by a urinary tract infection. The episode was entertaining — no denying that — but it was also barking mad.”
Carol Midgley, The Times

“Time Roth did his best but couldn’t carry this muddled mess alone. Not only was the plot implausible, but none of the main characters were sympathetic. Writer Rowan Joffe’s script was clunky and full of clichés. With its self-conscious quirkiness, Tin Star is a wannabe Twin Peaks or Fargo. Sadly, it lacks their mordant wit.”
Michael Hogan, The Telegraph

Conversations With a Killer: the Ted Bundy Tapes, Netflix

“This footage, much of it previously unseen, is the lure for the millions of true crime fans who have lapped up the opportunity to play armchair jury watching other Netflix hits such as Making a Murderer. But Bundy is evasive and dull. All the insight in the first of four 50-minute instalments comes from other interviewees: weary-eyed detectives and journalists whose stories have been milked for decades.”
Helen Brown, The Telegraph

“The tapes are just Bundy revealing his inner thoughts, which are about as profound as his murderous motives. What does massing those who knew him as a friend, as a lover or who suffered at his hands really do, except add to his mystique and the glamour of such crimes? You can’t help but feel that he would have been thrilled.”
Lucy Mangan, The Guardian

“This was another cracking episode in a great series. But will Worsley step away from the dressing-up box now, do you think? Nah, me neither.”
Carol Midgley, The Times

“A reported $27 million budget translates into decent production while the plot is gloriously barking. And, Grumpy Sean Bean aside, the acting is broader than a matinee pantomime in early January. Yet as a soap opera in a fancy cape it is an unexpurgated hoot.”
Ed Power, The Telegraph