Too Hot to Handle; Inside Tesco: 24/7; Life & Rhymes; Hollywood Bulldogs 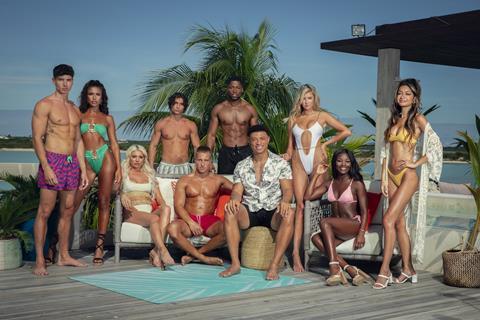 Too Hot To Handle, Netflix

“Obviously – obviously – it is terrible. But, as ever, it’s brilliant to watch. Money and sex working in diametric opposition creates a unique layer of horror that no other reality show can provide, atop the jealousy, treachery, stupidity and heartbreak that customarily abounds. You would need a heart of stone not to laugh.”
Lucy Mangan, The Guardian

“Hmm. It’s a decent ruse, but how many viewers tune in to a vacuous reality TV show to see “deeper emotional connections”? They want tears, rutting, sexual regret. What is more interesting is that Netflix feels the need to ape little old ITV2. For this is Love Island, but with no sex, and global accents comprising people from America, Canada, New Zealand, France and the UK. The shallow vanity, though, is the same.”
Carol Midgley, The Times

“They made a relatively good show of feigning surprise when Lana, the show’s Alexa-like robot, was revealed, though some of their reactions were so well-honed their ignorance wasn’t entirely plausible. “I’m getting cock-blocked by a cone,” sighed Arizona footballer Chase. Despite watching most of the hijinks in slack-jawed dismay, I was soon clicking on the next episode, and then the next. Clearly, lockdown wasn’t the only reason for the show’s success.”
Gwendolyn Smith, The i

“UK boss Jason Tarry explained: ‘Our job is to serve customers.’- Mansplaining at its finest. Jack Cohen’s big innovation, which he pinched from America, was the idea of self-service.In post-war Britain, this was a bit of a risk because people rather enjoyed being served. Apparently, it made them feel posh. Yet self-service proved hugely popular and sales boomed. As a business expert explained: ‘The move to self-service is the first time the customers were co-creating the service experience.’ Remember that next time you are trudging along with a recalcitrant trolley. You are not shopping — you are co-creating. Even the mundane parts of the business were lifted somehow by good camerawork and editing.”
Roland White, Daily Mail

“Even worse than the programme’s one-dimensional approach was its sheer dullness. Dramatic music wasn’t enough to make such insights as “everyone from CEO to checkout staff is known by their first name” sound like an exclusive revelation rather than something anyone who has ever had a job might be able to guess. Snapshots of Tesco’s operations in modern Britain were interspersed with a more interesting strand on the store’s history and its founder Jack Cohen, who grew the business after starting out in Hackney street markets. There were also occasional flashes of humour, such as when fishmonger Kate from the Newmarket Extra branch in Suffolk admitted tremulously: “I don’t actually eat fish.” Nevertheless, while every little helps, of course, a lot more effort was needed to make the show worthy of our viewing time.”
Gwendolyn Smith, The i

“The mix was well-chosen: some serious, some funny. The selection of poets was notably diverse, in terms of colour if not gender (one woman here to four men). It kicked off with Harry Baker, a mathematician and poet who delivered a love poem about prime numbers. Fury WD gave an impressive performance of 3 Minutes to Live, holding up a timer and finishing up on the dot of those three minutes. There were poems about the Windrush scandal from the rapper 2 Badda, and the supposed difficulty of pronouncing non-English names  (“OK, but supercalifragilisticexpialidocious doesn’t seem to stumble at your lips”) from Lams, the only woman in the line-up. It ended with a performer called Gecko getting out his guitar for a witty song about a character from a painting in the Louvre, desperate to be noticed but roundly ignored because everyone goggles at the Mona Lisa instead. All in all, a fun half-hour, and a reminder of how vibrant the spoken word can be.”
Anita Singh, The Telegraph

“They had such a wealth of stories, every one of a corker. Coming into the business via various routes, they professionalised a job that until their arrival had consisted of bouncers, boxers and barmen and would have caused any modern health and safety officer “to be ambulanced off the set with a heart attack”. The risks remained, though. Taylor sustained severe injuries in a leap from a rooftop through a wall of fire (the scene was directed by Michael Winner, who emerges as quite the villain). These men were brave but not fearless, a distinction all were at pains to point out.”
Anita Singh, The Telegraph