“If you binge-watch the eight episodes (as many fans will surely do), you’ll feel spat out, exhausted, thrilled” 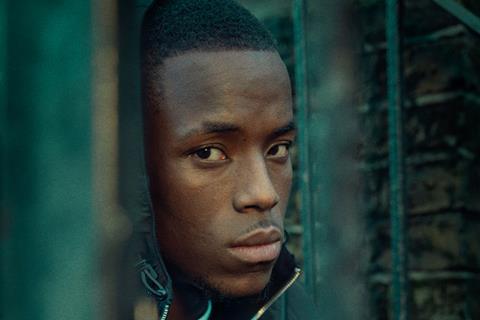 “It’s a storming series, which manages to take on serious issues – mental health, domestic abuse, homophobia, child neglect – without ever becoming po-faced or worthy. The script is full of heart and humour. If you binge-watch the eight episodes (as many fans will surely do), you’ll feel spat out, exhausted, thrilled.”
Michael Hogan, Telegraph

“When portraying the lives of Black Londoners deep in the drug trade, it’s essential to do so from a place that feels grounded in reality. Without it, the programme would run the risk of simply regurgitating offensive stereotypes and selling itself short. Top Boy escapes this, though: these characters feel rooted and created with care. Though there are many storylines to keep track of, they each feel necessary to make the tapestry of the characters’ lives feel full and genuine.”
Nicole Vassell, Independent

“We see characters act with tender kindness in one moment, then ruthless brutality in the next, and none of their deeds – good or bad – cancels out the others. Dushane, Sully, Jamie, Jaq: they’re all ruthless, reprehensible bastards, who you desperately want the best for.”
Ellen E Jones, The Guardian

“Like many of the tech start-up dramas that have followed David Fincher’s The Social Network, WeCrashed is overlong and over-literal. The problem is, perhaps, that at the same time as being a parable about the pitfalls of profligacy (“At some point in life you have to ask yourself: how much is enough?” an investor asks Neumann at one point, which is, as Shakespeare would say, the rub) the creators of WeCrashed know that its audience is likely to have some sympathy for the hoop dream of hustle culture. Why else would you watch an eight-part series that gives pitch decks and floor plans a gravitas normally afforded to great works of art? Despite the fact that Neumann is depicted as half-Tommy Wiseau from The Room, and half-Viktor Navorski from The Terminal (he even says “bite to eat”, which will have Terminal fans cheering), WeCrashed wears its satire very lightly.”
Nick Hilton, Independent

“What WeCrashed doesn’t do is bring us much in the way of insight into the structures, systemsor mindset that allow this kind of extraordinary untethering from reality in a field that is supposedly full of the brightest and best number crunchers there are. It’s a wonderful and deeply enjoyable tale of rags to riches to (relative) rags, but it panders to the viewer’s schadenfreude instead of offering anything meatier, or any wider perspective or criticism. In fact, Judge’s Silicon Valley offers more in the way of analysis of the part greed and ambition play in skewing decision making, compromising people and principles and shaping every bend in the road between a vision and its eventual realisation.”
Lucy Mangan, The Guardian

“Maybe I have been doing this job for too long. I have watched so many celebrity travelogues (so have you; so has everyone. You’d have to be dead to avoid the damn things) that I would have staked the housekeeping on the fact that when Joanna Lumley visited the Moulin Rouge in Joanna Lumley’s Great Cities of the World it would take about ten seconds for her to don the frilled skirts and do the can-can. This is usually the way. But she didn’t even take her coat off, so I stand corrected. Then again, Lumley is always a class act — if here a little overenthusiastic at times — and this was a stylish though surface tour of Paris, ranging from how to get the attention of a Parisian waiter (be rude) to the restoration of Notre-Dame, to whether to take a “cinq à sept” (an extramarital lover, oh là là).”
Carol Midgley, The Times