Traces; Staged; The Man Who Fell From the Sky

“The pedigree is hard to beat. But there is a tangible uncertainty about the whole affair, as if Traces can’t make up its mind whether it wants to be The Killing or CSI” 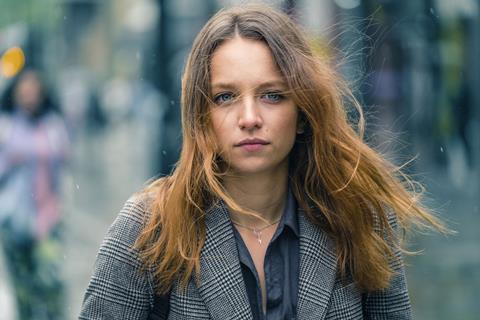 “The pedigree is hard to beat. But there is a tangible uncertainty about the whole affair, as if Traces can’t make up its mind whether it wants to be The Killing or CSI. That said, the first episode threads just enough needles to make you want to immediately watch the second.”
Stuart Heritage, The Guardian

“Traces has promising ingredients. The problem is that so far no one has mixed them together to make anything remotely tasty. Episode one was like a bland, slightly stale cake whose flavour is indiscernible. There is potential here. It has the faint vibes of a Silent Witness set in Scotland and I’m told it gets better. I’ll give it one more episode, maybe.”
Carol Midgley, The Times

“As BBC execs search frantically for something to fill the schedules, their Lottery win is Traces, a crime drama with an exceptional cast, based on an idea by the celebrated Scottish crime writer Val McDermid, and written by former Scott And Bailey star Amelia Bullmore. It’s the sheer depth of detail that makes Traces absorbing, at least for the sort of viewer who is ghoulishly intrigued to learn that a barcode on a sticky label can still be legible, even after a blaze that destroys a building.”
Christopher Stevens, Daily Mail

“I wondered how Michael Sheen and David Tennant would prevent a second series of Staged from looking too, well, staged. The answer, for episode one at least, was Michael Palin. Even for a show powered by self-mockery and faux grandiosity it was a clever move to have Palin telling them that Staged was basically crap.”
Carol Midgley, The Times

“This first episode of series two took their fourth wall destruction to a new level. For those whose first lockdowns were brightened by Staged, it will be a welcome return. Anyone sick to the back teeth of Zoom may want to seek out something slightly more escapist.”
Barbara Speed, The i

“What was innovative and generous in June comes across, six months later, as stale and indulgent. Perhaps Staged was always this smug and we just didn’t notice, so grateful were we to have something new to watch, but the tone is now horribly out of step with the national mood.”
Rupert Hawksley, The Independent

The Man Who Fell From the Sky, Channel 4

“One thing hampered Richard Bentley’s documentary, and it was Bentley himself. A graduate of the me, myself and I school of film-making, he couldn’t stop turning the camera on himself. All of this irritatingly obscured Bentley’s valid closing argument, which was that behind every headline about migrants trying to make it to the UK lie individual stories of people driven by dreams of a better life.”
Anita Singh, The Telegraph

“The lion’s share of the documentary was devoted to Bentley’s years-long hunt for information, and leaned rather heavily on footage of him at home, waiting for a lead. But the build-up was worth it for the interview with Thembo. The story graphically brought home the tragedy and hope of the refugee crisis.”
Barbara Speed, The i