“An important and enlightening documentary that suggested Beverley Allitt may still be working the system a quarter of a century on.” 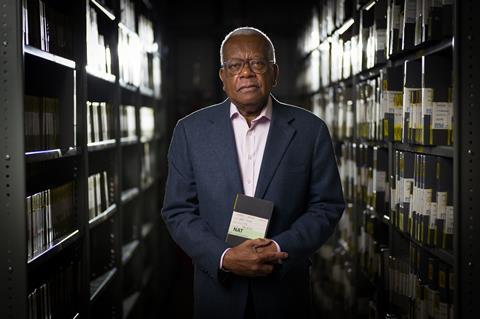 “The police tapes of Beverley Allitt’s interviews, in which we heard the little-girl squeak of her voice professing butter-wouldn’t-melt indignation at being accused, were mesmerising. Things went a bit melodramatic at the end with violin strings and Allitt’s doll-like voice rendered in echo. But it was an important and enlightening documentary that suggested she may still be working the system a quarter of a century on.”
Carol Midgley, The Times

“As ever, the technical side of the investigation was fascinating: the quest to find conclusive evidence, Allitt’s history of deception, some previously unbroadcast interview tapes. More impressively, during research for the film Sir Trevor claimed that a letter was unearthed in which Allitt admitted, for the first time ever, to committing all 13 offences. It was quite a coup for what might otherwise have been a rather ordinary documentary about an extraordinarily evil woman.”
Gerard O’Donovan, The Telegraph

“The most telling evidence was captured in her own words, recorded on police tapes during interrogation. These tapes increased our understanding of her immeasurably — it is perplexing that they have been withheld for more than 27 years. We need to see and hear these monsters, to grasp what they have done. This documentary, though it skated over too many details, went some way to redressing the balance.”
Christopher Stevens, Daily Mail

“I checked in with The Apprentice, now in week four, to see if it’s worth an investment yet. Nothing need detain us here. Lord Sugar’s face becomes ever more contorted at the excuses trotted out by the interchangeable bigheads, who promise they could run the world, but couldn’t run a bath; Karren Brady becomes ever more velociraptorish as she surveys the flailing gobshites with flinty eyes, and Claude Littner just looks sad and disappointed with everyone, maybe even with life itself.”
Carol Midgley, The Times

“Watching the candidates offer spray tans and massages at a body-building expo made the skin crawl. So did their hapless sales technique — there are door-to-door salesmen flogging kitchen cleaners with subtler patter.”
Christopher Stevens, Daily Mail

“Viewers may or may not agree with her points of view, those of the experts to whom she speaks or the takes of the ‘ordinary’ people she interviews. But the point is that she is saying it differently, starting at a dramatically and authentically less sophisticated point than usual and demanding to be informed. She is hilarious and a joy to watch – a force to be reckoned with in factual and comedy settings.”
Lucy Mangan, The Guardian