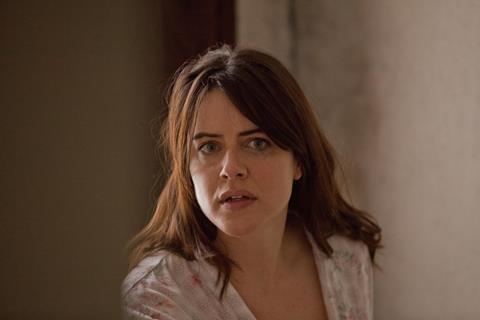 “There was much hamming up here and Vanessa Mitchell, who has written a book on the haunting and given TV interviews about it, clearly has a vested interest in us buying into it. Yet this was one of the better True Horrors I’ve seen — jumpy, and the sort of thing that makes you not want to get up for a wee in the night after watching.”
Carol Midgley, The Times

“This featherlight film eschewed historical investigation in favour of cheap shocks. Neither revelatory enough to work as documentary, nor narratively engaging enough to work as drama, it fell awkwardly between two genres.”
Michael Hogan, The Telegraph

“The first problem with True Horror is that it is neither one thing nor the other. The second is that it is just not scary. Michelle Ryan gamely did her best in trying circumstances but stilted dialogue, dreadful amateur dramatics from some of the support cast and the sort of special effects more usually seen at the end of Brighton Pier left me more likely to laugh out loud than whimper in fear.”
Sarah Hughes, The i

“This dramatised documentary would have been more convincing if it hadn’t tried so hard to sell the idea that the ghosts could do physical harm. The more that bloody hands stroked the curtains or Halloween faces gurned at the windows, the less I felt inclined to believe.”
Christopher Stevens, Daily Mail

“Throughout, Black Earth Rising has been slick, ambitious, beautifully composed and often jarringly graphic. In this season of televisual overabundance, Black Earth Rising may have demanded too much to keep a big audience across eight weeks, but if you gave up early you made a mistake.”
Tim Dowling, The Guardian

“From its shadow play animations to its atmospheric Leonard Cohen theme tune, and its stylised photography to its penchant for overhead camera angles, Black Earth Rising has been an ambitious, uncompromising piece of work. Writer, producer and director Hugo Blick confirmed his status as one of our boldest TV auteurs.”
Michael Hogan, The Telegraph

“This documentary was screened too late at night and went on much too long, with lengthy subtitled segments of interviews that told us little. It would have been more valuable, edited hard into a half-hour slot and aired earlier. These women should be held up as inspirations for us, not tucked away when few are watching.”
Christopher Stevens, Daily Mail

“This was an important, measured and at times heart-breaking film about the reality of life in Iran for many women.”
Sarah Hughes, The i