“This was essentially a string of One Show segments strung together.” 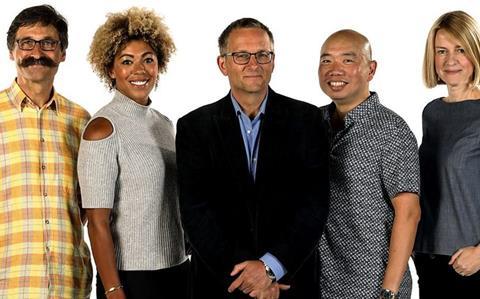 “Some of the pop science approaches brought topics to life effectively. However, too many segments came to eye-rollingly common-sense conclusions. When the team did hit upon a more fertile topic, coverage was cursory and surface-skimming. Rather than a coherent piece of factual programming, this was essentially a string of One Show segments strung together.”
Michael Hogan, The Telegraph

“This show succeeds because of its pace and knack of throwing new information into the mix. If it was just wall-to-wall revelations and cutting-edge research, it might be overwhelming – but the blend of stuff-we-know with fresh intelligence makes it engaging.”
Christopher Stevens, Daily Mail

“It’s remarkable how every episode of Trust Me, I’m a Doctor turns out the same. Week after week it delivers the same balance of the blindingly obvious and the slightly entertaining.”
Matt Baylis, Daily Express

“The time saved on the simpler items was used to give more space to the discussion of more complex ones, such as the pros and cons of antidepressants. Here, the hectic pace slowed and both sides of the debate were represented by articulate, thoughtful advocates, both politely but pointedly challenged on their views by Mosley.”
Lucy Mangan, The Guardian

“I like D’Acampo, an upbeat, puppyish force of nature, but I doubt his TV show will win any prizes for culinary envelope-pushing. It’s cheery and light as candyfloss.”
Carol Midgley, The Times

“I know this reimagining of Mary Shelley’s gothic novel is melodramatic and hammy at times, but it is highly entertaining, has a good cast and Sean Bean, as the grizzled former policeman John Marlott, is entirely watchable. This is better than much of ITV’s primetime stuff. Although now I’ve typed that sentence I realise it’s not saying an awful lot.”
Carol Midgley, The Times

“It’s very atmospheric but The Frankenstein Chronicles is wandering a long way from its roots as a re-imagining of Mary Shelley’s novel. Someone needs to stitch some body parts together or put a bolt through a lumbering green monster’s neck soon, or this series could be accused of false advertising.”
Michael Hogan, The Telegraph