“This was an elegant, non-prurient examination of Weinstein’s alleged crimes with a clever, multitasking title” 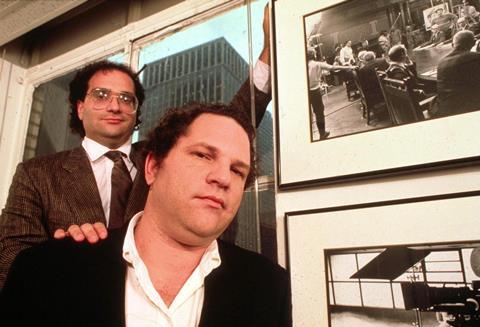 Untouchable: The Rise and Fall of Harvey Weinstein, BBC2

“There wasn’t much we hadn’t already heard in Ursula Macfarlane’s Untouchable: The Rise and Fall of Harvey Weinstein. But what we did hear was from the mouths of some of the women who have accused him of sexual crimes, in their own, unhurried words. This was an elegant, non-prurient examination of Weinstein’s alleged crimes with a clever, multitasking title.”
Carol Midgley, The Times

“Director Ursula MacFarlane tells the story well. She gives due recognition to the journalists who broke the story. But, like Dream Hampton’s Surviving R Kelly, Untouchable prioritises the victims’ stories and fills in the perpetrator’s to explain his relative power or position at the time.”
Lucy Mangan, The Guardian

“The focus was rightly on the accusers as much as the alleged perpetrator. These were not scattergun accounts, but bolstered by dates, names and places. When they have their day in court, Weinstein may find his past catching up with him.”
Gabriel Tate, The Telegraph

“The film’s greatest strength lay in Macfarlane‘s sensitive handling of the women’s straight-to-camera testimony, as they recalled what were clearly deeply traumatic experiences. She vividly conveyed the chauvinistic attitude in some quarters that the victims had somehow ‘brought it on themselves’. It made for grimly compelling, if at times depressing, viewing.”
Jeff Robson, The i

“Macfarlane bought in without hesitation to the notion that films are Great Art and thus Weinstein was a Flawed Artist. To reflect this, she filled the screen with self-consciously arty shots, including blurred footage of cars streaming past on a freeway. There were moody shots of stairwells, hotel corridors and avenues of palm trees in Beverly Hills — self-indulgent rubbish that padded out her investigation so much that any real insight into how a serial sexual predator operates was smothered.”
Christopher Stevens, Daily Mail

“The second part of Andrew Davies’s adaptation – or complete reinvention, rather – of Jane Austen’s final, unfinished novel displayed far too many of the opening episode’s faults and few of its virtues. Certainly, there was little to be found in it that might be described as Austen-like, other than the costumes.”
Gerard O’Donovan, The Telegraph

“Jane Austen’s original material has been exhausted in Sanditon and with it her subtle hand. I love Andrew Davies’s adaptations — his War & Peace was exquisite — but without Austen’s defined plot (the novel was unfinished) this often feels insubstantial. It’s fine in a Sunday-night bonnet way, but now that it’s officially not Austen, will people see much point in watching?”
Carol Midgley, The Times

Britain’s Got Talent: The Champions, ITV

“While it was good to catch up with our home-grown favourites, it was the international acts who had a touch of old-fashioned spectacle that made the show enjoyable family fun. The judges seemed redundant, though. All the acts had been proven to be popular and talented; what was the point of Messrs Cowell, Holden, Dixon and Walliams reiterating how fantastic they were.”
Clair Woodward, The Telegraph