“Eight episodes has been quite enough, but let’s say this for Victoria: it added to the gaiety of Sunday nights.” 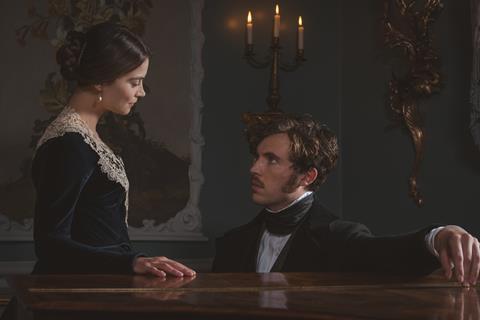 “This series of Victoria has been hammy at times, relying too much on soapy plots and sumptuous display, but I enjoyed last night’s finale. It throbbed with storylines. Eight episodes has been quite enough, but let’s say this for Victoria: it added to the gaiety of Sunday nights.”
Carol Midgley, The Times

“Ever since the Byronically handsome Rufus Sewell was cast as the young monarch’s imaginary teenage crush of a prime minister, Lord Melbourne in series one, we’ve come to understand that this is a drama played for romance rather than historical rigour. So it was in this second series, too, with creator Daisy Goodwin grafting onto the young queen a range of anachronistically enlightened attitudes to motherhood and monarchy to appeal to 21st century, post-truth audiences.”
Gerard O’Donovan, The Telegraph

“Interestingly for a second series bearing the name of until recently our longest-reigning monarch, the finale was more to do with all the people who were not Her Majesty The Queen. We do, of course, look forward to another series of Victoria, hopefully with some Victoria in it.”
Matt Baylis, Daily Express

“This was a spirited if rapid yomp through some of the greats as Worsley explained that, in their day, operas were like blockbuster movies. Some traditionalists accuse her of being populist and soapy, which she is. But if she gets more people watching and learning, so what? All power to her puff-sleeved elbow.”
Carol Midgley, The Times

“While all of this was undoubtedly engaging, even fun, it was always going through the motions. A sense that for all her knowledge our presenter didn’t radiate any special connection with the music itself.”
Gerard O’Donovan, The Telegraph

“This seems to be pitched about right for me. Opera has permeated everyone’s skin, whether you like it or not, that’s what Lucy’s saying. Oh, there’s some history, too, some attitudes and politics of the time, working their way in there as well.”
Sam Wollaston, The Guardian

“Real Life offered a hackneyed vision of the future, full of skyscrapers, holograms, hackers and driverless cars. It’s a wonder there were no one-pill meals or robot butlers. It desperately wanted to be Kafka-esque and profound. Instead it was frustratingly sixth-formish. Another misfire in an unsatisfying series.”
Michael Hogan, The Telegraph

“Another abrupt ending diminishes a finale reaching for emotional heft, and as with other episodes, you wonder what the producers could have done with a longer run time. Still, with its ever deepening rabbit hole of consciousness, this is one of the most enjoyably head-scratching entries yet.”
Alex Nelson, The i

“Kevin Bishop does a good job as Nigel Fletcher, grandson of the original Fletch, immortalised by Ronnie Barker. He makes the Fletch trademarks — the eye-roll, the sideways grimace — look like family traits. But the whole production feels as fake as a glass diamond. One look tells you this isn’t the real thing.”
Christopher Stevens, Daily Mail

“Fans of The Wire and Narcos will take to this instantly. The script is a blur of street slang and Spanish, but even if you can translate every word, you still won’t follow everything. It doesn’t matter. Sit back and marvel at the vividness of the Eighties vibe, and enjoy the fabulous funky soundtrack, too.”
Christopher Stevens, Daily Mail