“For those who like their costume dramas to be glamorous, exciting and sumptuous, there’s no better escapism on a Sunday night” 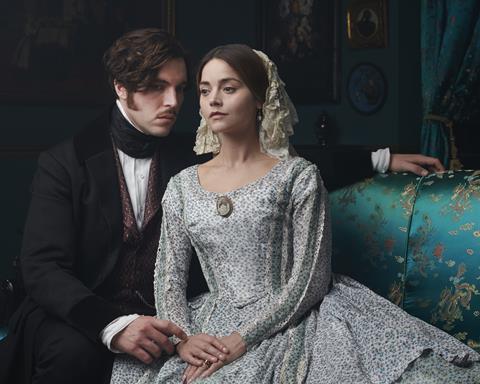 “The key to truly enjoying Victoria is to put a ban on spending an hour or so after each episode looking up the answers to the many questions you might have about historical accuracy. Victoria is at its light, good-looking, Sunday evening best when you can sit back and enjoy the soapy ride.”
Rebecca Nicholson, The Guardian

“Sticklers for historical accuracy are, for the sake of their blood pressure, best advised to swerve it. But for those who like their costume dramas to be glamorous, exciting and sumptuous, there’s no better escapism on a Sunday night.”
Claudia Connell, Daily Mail

“The below-stairs action dragged and some of the history was questionable but, thanks to Coleman, Fox and the exemplary visuals, it sailed along serenely enough.”
Gabriel Tate, The Telegraph

“If you’ve been missing the epic period dramatics of Les Miserables, this easily digestible history is a treat. Director Geoffrey Sax kept it all looking sumptuous, from the lovely frocks to the handsome interiors – and moving along briskly.”
Jeff Robson, The i

“This opener brought the same lip-glossed, high-production values, but was a bit samey-samey and would have felt flat without the shot in the arm that was cocksure (literally) Lord Palmerston, played by Laurence Fox. This drama needs this type of male character even if it is not always strictly historically accurate because Albert (played well by Tom Hughes) is so straight, often looking like he has a broom handle rammed up his backside.”
Carol Midgley, The Times

“Farewell then, Baptiste. I can’t say it has been a pleasure. More a bacchanal of misery with an all-you-can-eat buffet of death, pain and trafficked girls. But the ray of light has been Tom Hollander’s excellent line in sarcasm as the sweaty, unravelled, grief-ravaged Edward Stratton. Without Hollander Baptiste would not have lured me beyond one episode.”
Carol Midgley, The Times

“It was a skilled but slightly mechanical tying up of loose ends that nevertheless ensured that the possibility of Baptiste’s return remained dangling. And while it never quite matched the emotional intensity of The Missing – particularly the harrowing first season – it is comforting to think that Baptiste is still out there, doggedly combing the Eurozone for those who have fallen through the cracks.”
Graeme Virtue, The Guardian

“Profundity remained elusive in a disappointing conclusion to a series which never quite justified its existence.”
Gabriel Tate, The Telegraph

“Detective Baptiste made his mark in The Missing and Tcheky Karyo is a charismatic and gifted actor, but he needs far more than a cheesy script and a plot full of holes if he’s going to survive another spin-off series.”
Claudia Connell, Daily Mail

“Beautifully shot as we’ve come to take for granted, this tranquil hour of television felt like a holiday from the febrile tumult of the news. While turquoise waters danced with flashes of piscine colour, it was rather like gazing into a supersized aquarium in the world’s most impressive dentist’s waiting room.”
Michael Hogan, The Telegraph