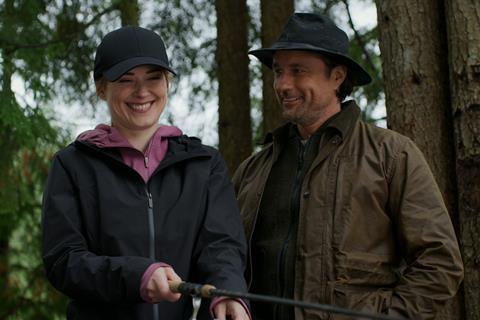 “Everything is charming, good hearted, solidly made, stolidly paced and altogether restorative to one’s fractured mind and splintered spirit in these wretched times. An Oxycontin addict occasionally intrudes, but nothing in Virgin River ever goes really violently or irredeemably wrong. These are not rushing rapids. It’s Dawson’s Creek for broken grownups.”
Lucy Mangan, The Guardian

“I felt so sorry for these hard-grafting people who may now feel that their cheery resilience and enterprising spirit has been met with another slap in the face. Here were landlords who had shown precisely the sort of ‘can-do’ spirit that Boris Johnson encourages — jumping though hoops, adapting their businesses to comply with the rules — who will no doubt feel that they have been hobbled again.”
Carol Midgley, The Times

“The previous episodes succeeded in making us care about these people, providing an insight into how much hard work it takes to run a pub and how little money there is to be made. To see them pour their hearts and souls into the job, only for business to disappear overnight, was tough. The series was a reminder of how precious our pubs are. As soon as we can, we should go and have a drink.”
Anita Singh, The Telegraph

The Fall of Anne Boleyn, Channel 5

“The hour-by-hour countdown to a young woman’s execution on invented charges at the hands of a husband already oiling up his next young filly is dramatic enough without need for Hammer House of Horror effects. Yet you couldn’t fault the detail in Tracy Borman’s series, familiar though much of it was. It told, clearly and concisely, the political machinations leading up to this event: powerful men basically murdering a woman to further their ambitions.”
Carol Midgley, The Times

“The show does exactly what it says on the tin: it takes a horrible house and brings in an architect who, after submitting ambitious plans, morphs it into a modern home — unrecognisable from, and sometimes twice the size of, the original. All the owners came away blissfully happy — which you couldn’t always say of Changing Rooms.”
Shane Watson, Daily Mail

“This is gold-star fun for quiz and trivia lovers and the real winners are the ones who are the best sports. Best of all it’s an excuse to see witty brainiac Richard Osman doing what he doesn’t get enough space to do on his other show, Pointless: be clever and carry on like an indulgent uncle.”
Shane Watson, Daily Mail