“Celebrity travelogues are hardly an underpopulated genre on our screens, but Lupita Nyong’o at least offered something fresh and enlightening” 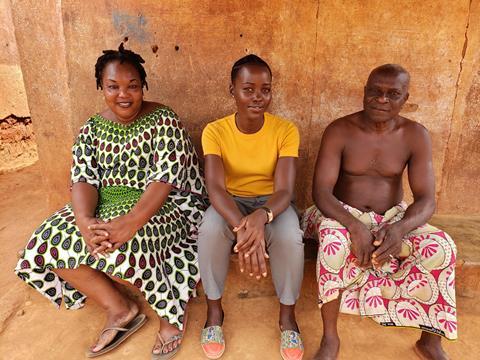 “Celebrity travelogues are hardly an underpopulated genre on our screens, but Warrior Women with Lupita Nyong’o at least offered something fresh and enlightening. It was shot with shimmering beauty and Nyong’o was engaging company: reverential to her hosts but with easy charm and a ready laugh. Powerful emotions were stirred by this neglected slice of history.”
Michael Hogan, The Telegraph

“Intriguing as the story was, it was also not straightforward. There’s a fine line between freedom and oppression and the longer that the likeable and enthusiastic Nyong’o spent on the Agojie story the more complicated it became.”
Sarah Hughes, The i

“The last ten minutes proved an important corrective to the romantic, reverential stories that we had heard so far of the Agoji. It took an old woman weeping for her long-dead grandmother to peel back the truth that they abducted people for the Atlantic slave trade.”
Carol Midgley, The Times

“Channel 4’s Black History season continues with this reminder that when television ignores African history, it deprives us of some astounding stories. The story told by the Oscar-winner Lupita Nyong’o in this one-off documentary is like something out of a blockbuster Hollywood movie. Nyong’o isn’t a historian, though, and it sometimes showed in unasked questions.”
Ellen E Jones, The Guardian

“John Maggio was assiduous in his telling of the politics of what is also known as ‘the forgotten war’. The old footage was a formidable witness to appalling violence wreaked on a country flattened by bombs, showing body after body and young soldiers trying to sleep in pitiless snow. It ended by explaining North Korea’s attachment to nuclear weapons.”
Carol Midgley, The Times

“Despite some odd pacing, which saw a hefty amount of time dedicated to the early days of the division followed by a rather rushed trawl through more recent years, this was an interesting, informative film and one which notably refused to let US commanders off the hook.”
Sarah Hughes, The i