We Own This City; Ms Marvel; The Bridge; Cooking With The Stars

“If this is a spiritual heir to The Wire, then it’s good to be back” 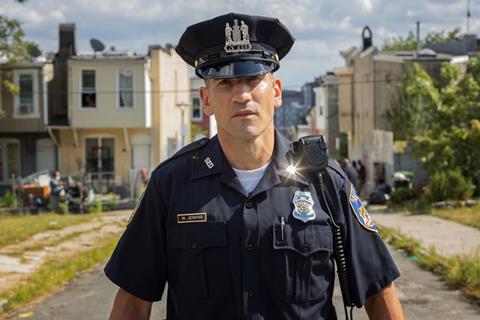 We Own This City, Sky Atlantic

“This six-parter is a sinewy true story of police corruption that drops you right into the thick of the action. If this is a spiritual heir to The Wire, then it’s good to be back. We Own This City throws a lot of information out there, from acronyms to procedural terms to shifting timelines, via a web of loosely connected characters. But this horrifying story will more than reward you, once you tune in to its beat.”
Rebecca Nicholson, The Guardian

“Jon Bernthal gives a standout performance that oozes charisma, but man (as they’d say in Baltimore), does it feel preachy. While The Wire had a broad canvas and a carefully controlled anger, here it feels as if David Simon is so furious at how little progress his city has made since that show started 20 years ago that he has climbed the steps of a pulpit. This is real-world drama set in a polarised America. It’s a noble endeavour, it’s a story that must be told, but here it feels as if it is at the service of a show designed not to lure you in but to bash you over the head.”
Ben Dowell, The Times

“The subject matter is dramatically engaging, but the confines of a six-episode series do the show no favours. The Wire was often referred to as being Dickensian in detail and scope, whereas We Own This City focuses on one story and boils the characters down to their essence. Perhaps feeling the need to complicate this straightforward job, Simon and George Pelecanos play with the timelines, cutting between the years in a way that feels unnecessarily confusing.”
Anita Singh, The Telegraph

“Judging by last night’s opening episode, We Own This City is different, with enough spark to appeal both to Wire fans and to those who felt that David Simon’s supposed masterpiece was the television equivalent of eating your greens. The Wire made its point about embedded corruption over and over. But We Own This Citywas more measured, leaving it to the viewer to reach their own conclusions as we flashed back and forward across the timeline of Jenkins’ career. It was a darkly fascinating study of American decline and fall.”
Ed Power, The i

“The next addition to the Marvel canon brings back a much-needed dose of fun. Much fuss has been made of Kamala’s status as the first Pakistani Muslim superhero in the Marvel universe and the series takes that responsibility in its stride. For those unfamiliar with the culture, it’s a lesson. For others, it’s a chance to not only see themselves reflected in a Marvel series, but held up as heroes. Ms Marvel is a delight, full of the exuberance of youth and electric with possibility.”
Emily Baker, The i

The Bridge: Race To A Fortune, Channel 4

Cooking With The Stars, ITV

“Cooking With The Stars treats an hour in the kitchen as a death-defying daredevil stunt. Pulsating music, ticking clocks, and close-ups of flames and sweat ramp up the tension, as celebs attempt near-impossible culinary feats. Gasp as Anton Du Beke garnishes a pork chop! Marvel as comedian Joe Wilkinson whips up a lemon meringue!”
Christopher Stevens, Daily Mail