What Britain Buys and Sells in a Day; Tiananmen; The Hunting

“A few passing mentions of Brexit and the inclusion of Ed Balls are not enough to tighten up its broad brush strokes approach and broad appeal, and we’re left with a fairly low-impact result” 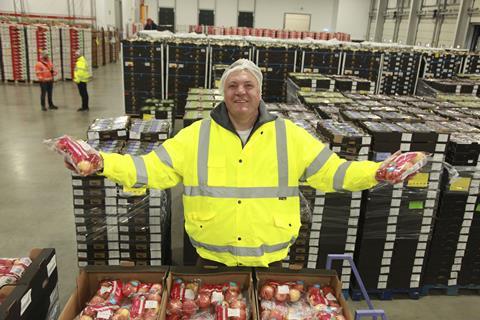 What Britain Buys and Sells in a Day, BBC2

“There seems to be a growing appetite for finding out the ‘truth’ behind everyday products and processes, with series like Inside the Factory thriving, and this latest is blatantly an attempt to make essentially the same show feel topical and urgent. Though it is interesting enough… a few passing mentions of Brexit and the inclusion of Ed Balls are not enough to tighten up its broad brush strokes approach and broad appeal, and we’re left with a fairly low-impact result.”
Sarah Carson, The i

“I’m not sure if What Britain Buys and Sells in a Day was supposed to have such an emotional effect on viewers, but I have my suspicions. It was made explicit that we are not self-sufficient. The disparities between what we import and export were bell-like in their clarity. This three-part series will no doubt be dismissed by some as mere propaganda. But if so, God, how I would welcome some equally sights-and-statistics-based propaganda from the other side to redress the balance.”
Lucy Mangan, The Guardian

“It was done via one of those irritating off-the-shelf documentary formulas in which the viewer is assumed to have a mental age of six and the (three!) presenters overenthuse about not very much. Plus it had one of those three-minute introductions in which they tell you everything all at once with one presenter starting a sentence and the others finishing it. But specifically what the impact of Brexit will be on the speedy, efficient unloading of goods was largely left unsaid, hanging in the air.”
Carol Midgley, The Times

“What Britain Buys was a workaday documentary, the sort that usually features Gregg Wallace and his manic grin. We found out where avocados are grown and how potatoes are shipped — the sort of TV stodge that wouldn’t make a filler on The One Show. The underlying message, of course, was that everything could grind to a halt after Brexit.”
Christopher Stevens, Daily Mail

“An outstanding documentary by Ian MacMillan that treated its audience like intelligent beings and took the form of a meticulous historical lecture intertwined with archive footage, artfully used photos, previously unseen documents and present-day eyewitness accounts of the weeks leading up to the 1989 massacre.”
Carol Midgley, The Times

“Tiananmen: the People v the Party is an important, transfixing Storyville film, made more unsettling to watch in the knowledge that familiar pro-democracy protests continue in Hong Kong, as citizens fight to keep the rights they, and most of us, were born with. Though it is hugely emotive, it sets out the timeline of events commendably simply, with accounts from academics, journalists, and surviving protestors.”
Sarah Carson, The i

“This gripping Adelaide-set miniseries favoured the drip-drip promise of looming disaster as two girls found intimate images of them had been shared without their consent. Neither seeking to lecture a younger audience nor put the frighteners on older viewers, the opening episode delivered tense, sexually charged but responsible drama, reflecting urgent contemporary concerns and showcasing a young cast well up to the difficult material.”
Gabriel Tate, The Telegraph