Who Do You Think You Are?; Million Pound Pawn; Hacks; Backstage With Katherine Ryan

“His family’s story provided an interesting, saddening prism through which to see how the poor were treated” 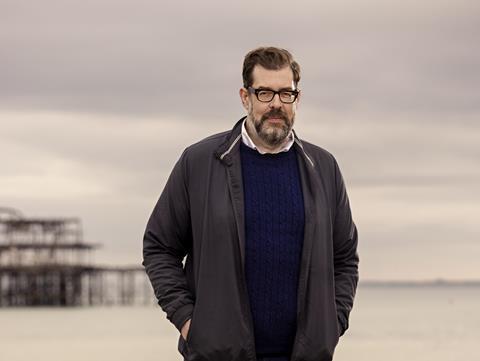 “It was a lovely story. But Who Do You Think You Are? has a weakness, which is that the programme-makers often try to be too cute. So you know that when a subject says something to the effect of ‘wouldn’t it be extraordinary if we discovered X and Y’, it will come to pass 45 minutes later. Richard Osman is now a bestselling author of cosy crime novels. Unable to find any actual murderers or sleuths in Osman’s distant past, the programme made do with a tangential tale: his great-great-great-great-grandfather, Gabriel − cue dramatic music − once discovered a dead body in 1830s Brighton.”
Anita Singh, The Telegraph

“At times the material was quite thin, but his mother Brenda’s ancestral line threw up an auspicious, if gruesome, serendipity. Osman writes bestselling crime novels about a group of elderly amateur detectives (as he reminded us, often) and it turns out that his four-times great-grandfather did some amateur sleuthing in real life. His family’s story provided an interesting, saddening prism through which to see how the poor were treated.”
Carol Midgley, The Times

“Like the gold watch and the limo, this show was all flash and no substance. We met Adam, a 28-year-old male model who was reluctantly pawning his Rolex Daytona, a present from his parents. Adam claimed he wanted the money to put a deposit on a house. I suspect the producers just wanted Adam and his cheekbones in front of the camera, and he was happy to oblige. A caption at the end of the programme revealed that he had not bought the house…and he’d got his watch back.”
Christopher Stevens, Daily Mail

“There probably isn’t a violin tiny enough to serenade the rich people selling and pawning their Rolexes, luxury yachts and Rolls-Royces in Fuengirola in Spain. But there were also poignant examples. It was another lesson in not judging someone until you’ve walked a mile in their shoes.”
Carol Midgley, The Times

“This season feels looser than the first, which had a neat structure, a big show to work towards, and kept its action largely contained in Las Vegas or occasionally Los Angeles. Taking Deborah and Ava on a road trip is a good way to keep things moving and mix it up. Hacks remains magnificent, confident comedy, and I can’t wait for season three.”
Rebecca Nicholson, The Guardian

“It does – deliberately or otherwise – contain in the second episode both a discussion among Love, Pascoe and Ryan about the sexism and predators they have encountered on the circuit and Norcott pitching jokes based entirely on his assessment of Pascoe’s attractiveness. More of that and you could have a really interesting programme, with some heft. Without it, it’s just another comedy show with a shadow one running backstage. It’s funny, and it grants us moments of insight – but only enough to make it feel like a missed opportunity.”
Lucy Mangan, The Guardian