Who Do You Think You Are?; The 250 Million Pound Cancer Cure

“The genealogy stalwart, now on its 16th series and fresh from another Bafta win, remains consistently superb” 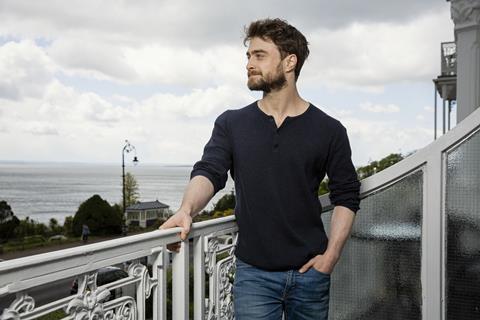 “Daniel Radcliffe makes for an amiable, self-effacing and even-handed conduit, clearly moved by what he discovers, but not gripped by the need to get emotional on behalf of people he never met. As ever, it is the documents themselves that bring these stories to life. Names and dates diligently recorded in loopy pencil and faded ink, mountains of pages stored in defiance of the great human business of forgetting – it is all out there somewhere, waiting, and that is why Who Do You Think You Are? will never get old.”
Tim Dowling, The Guardian

“Radcliffe — bearded, keen, painfully polite — treated his ancestors’ stories and private documents with the utmost respect and reverence, yet I could not help but wince as he stood in a Hertfordshire glade and read aloud his great-grandfather’s suicide note. How could one begin to explain to Samuel Gershon, sitting in his car in 1936 thinking about his wife and his two “darling girls”, that his final words to them would one day make primetime entertainment via his Hollywood star great-grandson.”
Chris Bennion, The Times

“Throughout the journey, Radcliffe was wide-eyed with wonder and endearingly articulate. “Everyone in my family was really loved,” he concluded. “Ultimately that means the time they had on Earth, even if it ended prematurely and sadly, was worth having.” The genealogy stalwart, now on its 16th series and fresh from another Bafta win, remains consistently superb. Its latest line-up of celebrities – including Kate Winslet and Paul Merton over the coming weeks – promises to be another corker. Radcliffe got it off to an absorbing, affecting start. Four points to Gryffindor.”
Michael Hogan, The Telegraph

“There’s always a danger that an episode will become no more than a paper-chase, as the guest treks from library to archive to museum in search of documents. To vary it, the director had Daniel sitting down with historians in more unexpected places. The deserted cafe on Southend seafront was a good choice. The nearby bus shelter seemed less suitable.”
Christopher Stevens, Daily Mail

“The £250m Cancer Cure wasn’t in the same league as War In Blood, sadly, yet portrayed a medical breakthrough which inspired similar hope for the future. Over two years, cameras followed the race to get these shiny hi-tech hubs up and running, as well as meeting the first children awaiting the laser-targeted treatment. The result was a slightly awkward blend of engineering documentary and health report. This was an enlightening behind-the-scenes look at a cutting edge, cancer-zapping development. However, the uneven film only truly hit its stride in the home stretch and didn’t quite do its fascinating subject justice.”
Michael Hogan, The Telegraph

“The show condensed the science into easy-to-understand segments and its tone was one of straightforward, science-driven promise, avoiding talk of miracles or lingering too long on the fear and heartbreak of the families and focusing instead on innovation and evidence. The result was informative and optimistic about the future of cancer care.”
Sarah Carson, The i