Who Should Get to Stay in the UK?; Death Row; Grime And Punishment

“This was an intimate, moving film which, without descending into mawkish sob stories, personalised an issue that is too often reduced to cold, hard numbers” 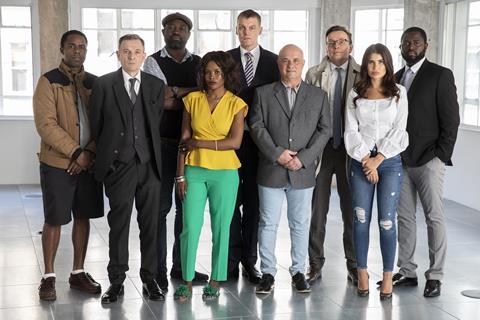 Who Should Get to Stay in the UK?, BBC2

“Who Should Get to Stay in the UK? was a sobering insight into our immigration system’s endless loopholes and ever-changing rules. This was an intimate, moving film which, without descending into mawkish sob stories, personalised an issue that is too often reduced to cold, hard numbers.”
Michael Hogan, The Telegraph

“I vaguely expected Who Should Get to Stay in the UK? to show us the Home Office dispensing stony judgments from on high and distressed people being shown the door. And I’m sure that happens, but by the end of episode one, two of the three visa seekers had been allowed to stay on medical and humanitarian grounds, while a decision on Valeriya was pending. Thus far, slow bureaucracy aside, the UK was looking pretty fair.”
Carol Midgley, The Times

“The programme’s weaving together of personal stories and expert commentary gradually shows the more intangible mechanisms at work. At the same time, the show made points rarely heard in mainstream discussions of immigration.”
Lucy Mangan, The Guardian

“Death Row: Countdown to Execution was shaping up like the usual media gawp at a death-row prisoner as they await their grisly fate. Until, that is, Patrick Murphy revealed a previous crime, unrelated to his death sentence for being part of a cop-killer gang, that undermined his show of gallantry to Susanna Reid.”
Carol Midgley, The Times

“In a plain grey jacket, with her face scrubbed of make-up, Reid was trying so hard to exude the gravitas and moral weight of Sir Trevor McDonald that I expected her at any moment to slap on a false moustache. Pop culture is her natural habitat, which makes it strange to see her quizzing a condemned man through the bulletproof screen at the maximum security jail in Huntsville.”
Christopher Stevens, Daily Mail

“Reid was tough when she needed to be, gently empathetic at other times. ITV screens far too much true crime fare of questionable quality, under the banner of its interminable Crime & Punishment Season. At least this was one of the more thoughtful and less salacious offerings.”
Michael Hogan, The Telegraph

“This show, sadly, had no intention of inspiring viewers to tackle the detritus in the streets around their own homes. It just wanted to wallow in muck.”
Christopher Stevens, Daily Mail