“A rare beast: a celebrity documentary that has an articulate subject, an affecting story and a sense of mission” 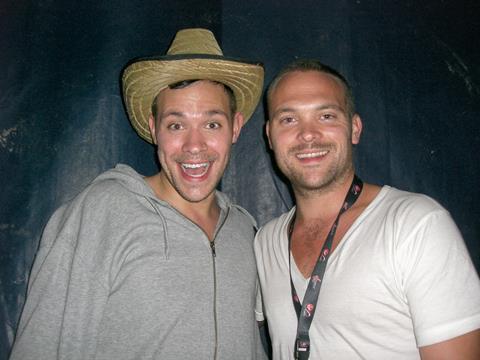 “Until now, Will has rarely spoken about his brother’s illness. But in Will Young: Losing My Twin Rupert, the singer explored the grief, anger and monstrous realities of having a family member with a dependency on alcohol. What followed was both a celebration of Rupert and a soul-crushing story about the horrors of addiction. I found it a difficult watch. But you could see how therapeutic the process was for Will as he untangled the thorny pain of his grief.”
Alim Kheraj, The i

“Will Young: Losing My Twin Rupert is a rare beast: a celebrity documentary that has an articulate subject, an affecting story and a sense of mission. The film does not take the easy, reductive path of comparing the brothers’ lives. Instead, their stories are supplemented by candid, dignified interviews with others who have experienced alcoholism. These are conducted beautifully by Will; his self-effacing manner allows them plenty of space, while he brings in his own travails only when pertinent and supportive.”
Lucy Mangan, The Guardian

“Perhaps as a consequence of years of therapy, he is an excellent interviewer — unafraid to ask emotional questions, in carefully considered words, and then listening to the answers. Will’s most moving interview was with his own parents, almost speechless with sadness as they leafed through photos from the twins’ childhood.”
Christopher Stevens, Daily Mail

“Is there anything more poignant than watching home-movie footage of a young child laughing and playing when you know what tragic path awaits them as an adult? Brief moments of such footage gave Will Young: Losing My Twin Rupert its sharpest moments of pathos as we saw Rupert Young and his twin, Will, having fun outdoors as little boys.”
James Jackson, The Times

“Young shifted from a heart-rending, deeply personal examination of his own grief and guilt to more of a TV-presenter, One Show-segment role. He wanted, he said, to explore the impact alcoholism can have on families, so he went and met a podcaster, an expert on the frontline of addiction treatment and a woman whose own alcoholic father had led her to start a project in which those affected by addicts stitched messages into handkerchiefs that she sewed together. All of this diluted the intense sadness of the opening half-hour and the story of how the twins had been torn apart.”
Benji Wilson, The Telegraph

“Can Motherland really be gone for good? At least there is Hullraisers, an amusing comedy that last night got in a full-blown school-gate situation as Toni (Leah Brotherhead) found herself pledging to the passive-aggressive ‘super-dad’ (Craig Parkinson) that she’d make 100 bread cakes for the fundraiser. Hullraisers has its own distinct thing going on to avoid any suggestion that it’s some knock-off, being altogether more northern and earthy, and with a lot of laughs provided by the three lead performances and their strong Hull accents. Yet both series play on the universals of parenthood.”
James Jackson, The Times

“There’s little that can be said about Britain’s Top Takeaways except that the show, like its content, fills a hole. Airing on four evenings, this week and next, families taste deliveries from five fast food outlets. It’s like Gogglebox with chips. All the amateur judges take care not to talk with their mouths full or spill curry down their chins, but there’s still something unappetising about seeing people you don’t know tuck into a plateful of greasy nosh.”
Christopher Stevens, Daily Mail