“Adam McKay has opted to throw everything at it. The result is a show that leaves you feeling vaguely uncomfortable – as if you’ve stuffed your face with junk food and a bucket of fizzy pop” 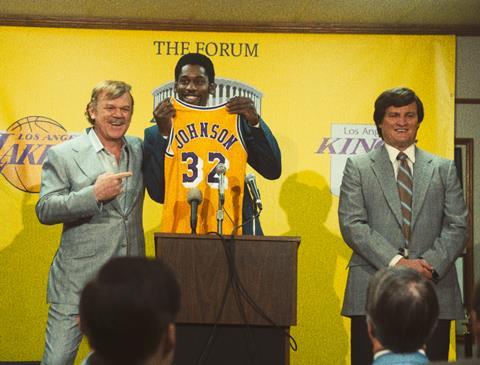 Winning Time: The Rise of the Lakers Dynasty, Sky Atlantic

“Winning Time was a hoot. As Lakers owner Jerry Buss, John C Reilly oozed charm and smarm in equal measure. And as Johnson, who would go public with an Aids diagnosis in 1991, Quincy Isaiah drew out the insecurity lurking behind his arrogant veneer. Alongside the basketball were the sort of period details – the music, the clothes, the cars – that would make Quentin Tarantino’s heart swell, while Adam McKay kept the snappy script driving forward.”
Ed Power, The i

“It was flash, brash, blowsy, cheesy, bosomy (literally), vulgar, ‘fun’ – and extremely pleased with itself, the drama equivalent of a loud, busty barmaid in a seaside postcard. I enjoyed it, particularly John C Reilly’s sparky performance as Jerry Buss, who bought the underachieving Los Angeles Lakers in 1979.”
Carol Midgley, The Times

“There are many ways to tell this story, from a creative point of view. Executive producer Adam McKay, who has directed the first episode, has opted to throw everything at it. The result is a show that leaves you feeling vaguely uncomfortable – as if you’ve stuffed your face with junk food and a bucket of fizzy pop.”
Anita Singh, The Telegraph

“All of the big themes are here: life, death, love, sport, fame, and particularly money. It’s weird, then, that it feels sluggish. Still, there is plenty to recommend. It is clearly ambitious, and if it is taking its time over the mechanics of the early stuff, then I can only imagine that there is more in the way of excitement in store for the team, when and if the team begins to move into focus.”
Rebecca Nicholsin, The Guardian

“For all its super stellar glamour and the exquisite Seventies and Eighties production design that’s very à la mode, Winning Time is just a whirlwind of benign energy. I might not know a point guard from Right Guard, a power forward from a Power Ranger, or a center from a centre, but the vibrant machismo of Winning Time manages to transcend that language barrier.”
Nick Hilton, The Independent

“This is a promisingly sharp comedy in the Gavin & Stacey mould. The jokes can be quite bawdy, so those of a nervous disposition should probably give it a miss, and it’s a comedy about a very specific milieu. But there’s a real warmth to it.”
Anita Singh, The Telegraph

“Episode one of Nathan Foad’s sitcom was distinguished by a gentle tone. Maxine (Morgana Robinson) might have been combative and with a fine line in putdowns, yet her relationship with her gay son Leslie (Jai Hollis) was sensitively drawn. An expansive cast of secondary characters meanwhile felt like real human beings, rather than the weirdos who tend to populate these sorts of shows.”
Ed Power, The i

“As ever with Panorama, it is a sober, industrious look at a complicated problem. But while it cannot be accused of sensationalism and probably does better than any other documentary strand would in balancing facts, figures and analysis against the emotionally compelling individual stories, you are left feeling that there is room for more.”
Lucy Mangan, The Guardian