Wonders of the Moon; The New Builds Are Coming; Kiri

“On this evidence the moon, and everything about it, still retains an extraordinary power to fascinate.” 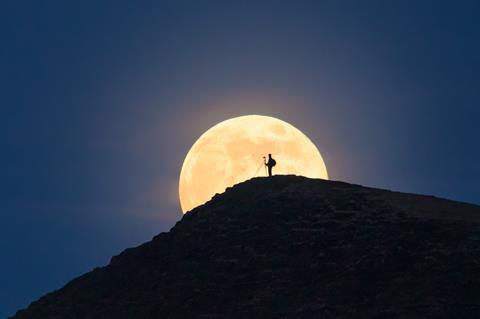 Wonders of the Moon, BBC1

“Everything you might want to know about the monthly lunar cycle was accessibly laid out. And it was all done with a lightness of touch that made it less a science lesson and more an adventure. On this evidence the moon, and everything about it, still retains an extraordinary power to fascinate.”
Gerard O’Donovan, The Telegraph

“What a combination of sumptuous photography, astonishing detail, howling inaccuracies and banal twaddle. This was the TV equivalent of arm candy: looks amazing, ignore anything it says.”
Christopher Stevens, Daily Mail

“By amazing coincidence a rare celestial event also known as a blue blood supermoon is happening this week. And it’s a nice excuse for this documentary. A celebration of all things lunar; basically, three cheers for the moon and then a few more.”
Sam Wollaston, The Guardian

The New Builds Are Coming: Battle in the Countryside, BBC2

“When you have well-heeled, organically nourished people with ski tans who live in the sort of chocolate-box Oxfordshire village where Miss Marple might have solved a triple arsenic murder complaining that 3,500 ghastly new houses are coming to ruin their idyll, it would be pretty easy to set them up for nimbyish ridicule. Yet director Richard Macer drew out, often tongue-in-cheek but also sympathetically, the human stories behind the protests in Culham.”
Carol Midgley, The Times

“His actual reporting, punctuated by quotations from the House of Commons and The Archers, didn’t quite tell the story. He was taken to a new development to show how it had impacted on the existing village, but then failed to film the old village or meet its inhabitants. He wondered if the new builds would be affordable for the people who need them, but didn’t seek an answer.”
Jasper Rees, The Telegraph

“Kiri ended last night with an outstanding seven-minute volley of dialogue between Si (Finn Bennett) and his father, Jim (Steven Mackintosh), but also with frustration for the viewer. Does there loom a second series in which just deserts will be served? I hope so — business feels unfinished.”
Carol Midgley, The Times

“Kiri admirably strained to broach a big subject in transracial adoption. Like the working out of a maths problem, you could see the thinking. But where was the feeling? Writer John Thorne cashed in all his chips with Miriam, an earthy saint whose moving encounter with her adult charges stuck out for its gauche emotionalism.”
Jasper Rees, The Telegraph