“This portrait of an extraordinary artist was television with a true sense of wonder.” 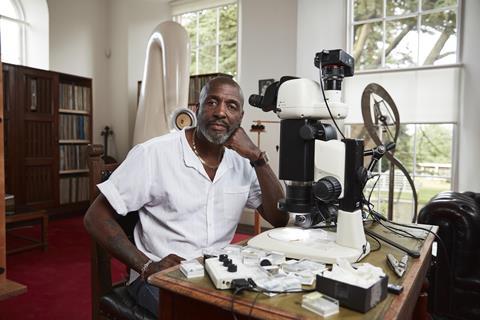 “Watching Willard Wigan struggle to control his movements gave the film an unexpected tension. He had me holding my breath as he battled the tyrannical force of static electricity. This portrait of an extraordinary artist was television with a true sense of wonder.”
Chris Harvey, The Telegraph

“It’s a pity the show didn’t devote more energy to capturing crystal-clear images, and less to jokey trick effects that had Willard running across a watchmaker’s workbench. The documentary was at its best when we simply watched him work. It’s rare for a TV biography of an artist to be so moving.”
Christopher Stevens, Daily Mail

“This wasn’t a perfect programme because those about professional sportspeople rarely are, given that they always say dull things. Inevitably there was a bit of that, but it was beautifully made and a surprisingly intimate glimpse inside the players’ heads.”
Carol Midgley, The Times

“How much you enjoyed this probably depended on how much you enjoy reliving old sporting events in the first place, but I had the advantage of not remembering who won. It was instructive to watch the two champions reflecting on a match that defined them both – especially to see Nadal reminiscing in Spanish, with none of the hesitancy that afflicts him when he is interviewed in English.”
Tim Dowling, The Guardian

The Misadventures Of Romesh Ranganathan, BBC2

“The only thing on the comedian’s mind was how much the Ethiopian landscape reminded him of The Lion King. It was embarrassing. He interviewed almost no one and dodged any experience that made him uncomfortable. It’s been a while since any presenter irritated me so much.”
Christopher Stevens, Daily Mail

“It’s not so much that Romesh is pretending to be thick, as that he’s pretending something about the countries he’s visiting. I’ve seen things on the cable shopping channels that came across as more truthful.”
Matt Baylis, Daily Express