Yorkshire Midwives on Call; The Thief, His Wife and the Canoe 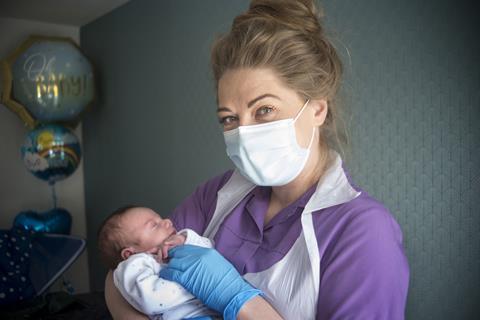 “Yorkshire Midwives on Call is absolutely lovely. It is set in an idyllic world where you see the same midwife – or at the very least, a member of her team – throughout pregnancy and they attend the birth too. All is calm, the midwives are all caring, experienced professionals and the greatest stress in anyone’s life is the Bradford traffic.”
Lucy Mangan, The Guardian

“It was a life-affirming, jolly approach to charting the lives of four midwives as they battled through the Bradford traffic helping women to have home births. The film highlighted lots of things you don’t think about with a home birth, such as the fact that the placenta is plonked in a washing-up bowl and can’t be put out in a wheelie bin with the rubbish in case the foxes get at it. But — and I don’t know if this is just a woman thing — I find it impossible to watch the birth of any baby without bursting into tears. It is never not utterly moving and miraculous.”
Carol Midgley, The Times

“The births are lovely, the midwives are lovely. There is a syrupy voiceover and twinkly music, and so little is shown of the squelching, painful part of giving birth that you half expect the babies to be delivered by storks. In many ways it’s the antidote to the hospital-set drama of Channel 4’s One Born Every Minute, which can be a highly stressful watch. Two of the births didn’t quite go to plan. But this isn’t a programme that dwells on the difficulties. Instead, it’s an advert for home births, portrayed as a service so user-friendly that the midwives will even do a spot of vacuuming before their leave.”
Anita Singh, The Telegraph

“The implication of the series is that the good old ways are the best. Gemma and her team are the 21st-century equivalent of the nurses from Call The Midwife, or possible the nuns — but with hatchbacks instead of bicycles. It’s a lovely idea, though a bit worrying if the NHS is now being run on sentimental principles.”
Christopher Stevens, Daily Mail

The Thief, His Wife and the Canoe, ITV

“Neither Canoe Man nor ex-Mrs Canoe Man were involved in this drama, which gives writer Chris Lang freedom to imagine how the couple went through with their folly. Lang made his name on the peerless cold-case drama Unforgotten, and here his droll and disobliging reimagining of the Darwins’ survival of the dimmest ensures that the couple will remain unforgettable. Lang’s inclination here is to play the story for laughs. That’s understandable – they are a laughable pair – but often, the dialogue lacks verisimilitude.”
Stuart Jeffries, The Guardian

“For all the Punch and Judy elements, and the inherent comedy of the set-up, The Thief, His Wife and the Canoe never catches fire. The juxtaposition of the ludicrous crime with a gritty depiction of a manipulative, controlling relationship doesn’t work: it leaves both sides of that drama feeling oddly unsatisfying. Not funny enough to lean into its dark comedic credentials, but not serious enough to say anything about domestic abuse.”
Nick Hilton, The Independent