“The episodes require a bit of leaning back and letting it all simply exist, without looking too carefully into the details, but I admired its dedication to a zippy pace” 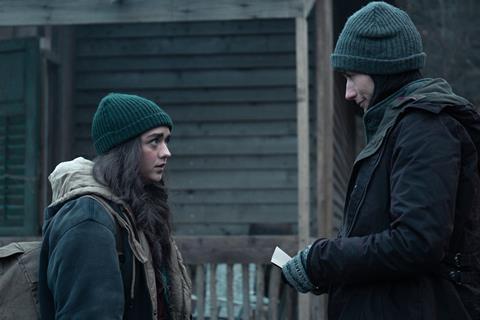 “The episodes require a bit of leaning back and letting it all simply exist, without looking too carefully into the details, but I admired its dedication to a zippy pace. The gags are cleverly layered: if there’s ever a cheesy line, it tumbles into a smarter joke, then erupts into some shocking act of violence. Mostly, though, it survives on the strength of its performances. In other hands, Kim’s naivety might be irritating, but Masie Williams makes it sing, backed up by a merry band of idiots, a sense of urgency – and that well-honed thirst for vengeance.”
Rebecca Nicholson, The Guardian

“It initially felt a bit too ‘teenage’ for a fogey like me. However, it gets better and I don’t think it is a coincidence that it improves the more Sian Clifford (aka Claire from Fleabag) is in it. Williams has great baby-faced presence and convinces as a young woman who has never seen the internet… but it is only when the icily sarcastic Tina comes to the rescue that the plot properly takes off and the comedy resonates. Yet it is sharply crafted and the opening double-header had its share of funny lines. The physical violence, too, was well choreographed, but it takes Clifford to give it the heft it needs.”
Carol Midgley, The Times

“The tongue-in-cheek six-parter suffers because it only has one joke: incongruousness. It’s not a bad joke, but, boy, it’s old. There are moments – the supremely watchable Clifford sells an excellent gag about Gloria Gaynor’s I Will Survive, Sean Pertwee pops up for an enjoyable cameo – but Williams struggles to straddle a role that requires her to be an ice-cold killer one minute and a goofball klutz the next. There’s a not-displeasing silliness to it, but you know you’re on to a loser when it’s been done before, and better, by Mel and Sue.”
Chris Bennion, The Telegraph

“Dark comedy is hard to do right and Two Weeks To Live doesn’t always hit the mark. Still, it is confident in its quirkiness. And, as mother and daughter, the leads share an easy chemistry. So it scores as a sort of shabby-chic Killing Eve, with bonus points for providing a showcase for the likeable Williams on her post-Westeros adventures.”
Ed Power, The i

“Here we have it, ladies and gentlemen – surely the worst TV drama of the streaming era. It brought to mind the execrable Postman Pat film from a few years back. The script provides us with a leaden, clichéd plot about gold-hearted immigrants and grubby billionaires, filled with characters that I will generously describe as two-dimensional and soft-boiled dialogue akin to something out of a workplace training video.”
Chris Bennion, The Telegraph