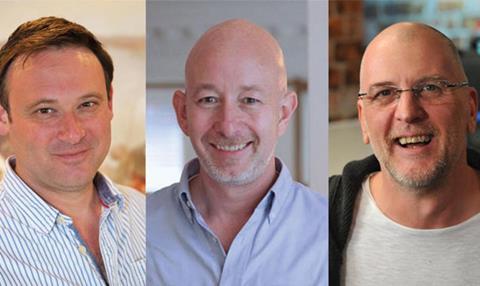 Immigration, funding streams and the value of the pound are among the topics focusing the minds of UK technology and facilities companies as the government prepares to start the process that will lead to the UK’s exit from the European Union (EU).

In the week that prime minister Theresa May confirmed she will trigger Article 50 on 29 March, Broadcast spoke to several company bosses to gauge their hopes and fears for Brexit.

The UK’s visual effects (VFX) sector is concerned about post-Brexit immigration regulations as it currently employs large numbers of artists from the European Economic Area (EEA).

Will Cohen, chief executive and executive producer of Sherlock and Doctor Who VFX house Milk, mirrored the opinion of many when he said: “The key consideration is ensuring that the UK VFX industry and the creative industries continue to be able to retain and access the VFX skills and talent from the global talent pool, including EU countries, that we currently enjoy.

“We’d like to see EU workers already here allowed to remain and any visa regime introduced for EU workers be affordable for employers, in order not to restrict the growth of the highly successful VFX industry.”

The proportion of non-UK nationals working in VFX is significantly higher than in the UK’s creative industries as a whole.

According to a nationality survey carried out by UK Screen Alliance, based on data for 2,500 workers across seven companies, the average VFX house’s creative department employs 58% British nationals, with 30% from the EEA and the other 12% from the rest of the world.

This contrasts starkly with the creative industries as a w hole, where, according to the Office for National Statistics’ Annual Population Survey, 89% of jobs are occupied by UK workers, with 6% filled by European migrants and 5% non-EEA migrants.

“It’s not a crisis but we do need the government to make the right decision about migration,” said UK Screen Alliance chief executive Neil Hatton, who hopes that the sector will get its own immigration agreement.

Immigration minister Robert Goodwill, appearing before the House of Lords economic affairs committee earlier this month, suggested that the government is considering immigration deals specific to certain sectors, with EU migrants facing different rules depending on the industry in which they work.

The VFX sector could also be affected by the loss of any EU funding schemes following Brexit, with Coffee & TV founder and managing director Derek Moore highlighting Creative Europe funding. “With £86m pumped into the industry since 2007, creativity now and in the future is bound to suffer,” he said.

Equipment manufacturers and software developers will also be monitoring the Brexit negotiations closely, with the imposition of trade tariffs between the UK and the EU a possibility.

An IABM Brexit survey, carried out in September 2016, found that 46% of respondents felt tariffs would have some effect on their businesses, with 30% fearing a ‘severe’ impact. Similarly, anecdotal feedback gathered by the IABM showed that 18% of respondents viewed Brexit as an opportunity, while 70% were pessimistic.

He said: “The Brexit-induced bloodletting of London as a European media centre, in particular, and the likely loss of pan-European passporting, which allowed London to leverage its regulatory expertise and export globally created content across the EU, will lead to accelerated disruption of the traditional broadcast industry.”

Tony Taylor, executive chairman of Aylesbury-based media asset management and workflow products and services firm TMD, is less worried. “There’s not anything I fear about leaving the EU,” he said.

“There will be challenges, especially with the uncertainty over the next two years while the negotiations are ongoing. The biggest challenge would be if the EU imposes punitive trade tariffs. But I don’t think that is a likely outcome to the negotiations, as it wouldn’t benefit the EU or the UK.”

One of the positives mentioned by many bosses was the decrease in the value of the pound against the US dollar and the euro since the Brexit vote last June.

Halo Post managing director John Rogerson added: “The rebalancing of pound versus the dollar has been helpful for our US clients when buying post in the UK, so we’re seeing considerably more US production this year than last. But, at best, it’s only a mid-term gain.”