UKTI's Tim Crouch on how to achieve US success

UK Trade & Investment’s involvement in the American Film Market is one of the many ways it provides year-round support to British companies seeking to do business in the US. 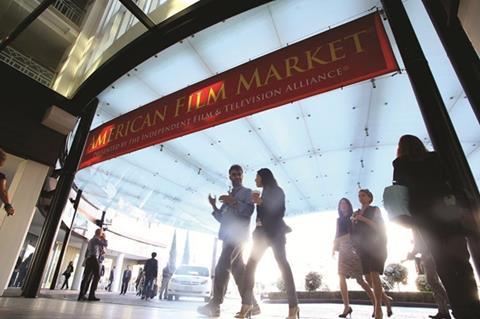 As the UK’s creative industries play an essential role in driving the country’s economic growth, helping it succeed on the international stage has become one of the government’s leading priorities.

Responsible for supplying this dedicated overseas support is UK Trade & Investment (UKTI), which has offices based in key regions across the US including New York, Atlanta, San Francisco and, most crucially for the industry, Los Angeles.

Ahead of this year’s American Film Market (AFM), Tim Crouch, UKTI’s vice-consul, US sector lead, explains how his team is helping UK companies navigate the competitive US film and television market.

How does UKTI support UK companies that wish to do business in America?

Tim Crouch As the commercial arm of the British government, we’re there to provide the best platform for British businesses to do well oversees. In the film industry, this means connections, insight and boosting profiles.

Our support is tailored to the needs of an individual company. For a well-established production company that’s already done business in LA, it might be that they are simply trying to get an introduction to a particular company.

We make a point of maintaining networks here for the benefit of British companies, and we’re always happy to open the door. For a company that’s never done business in the US, the support we provide is more practical.

We can help with the practicalities around taxation, getting money in and out of the US, or the complexities of visa law. We’re there to be flexible, and help in whatever way works.

AFM is a key event. How does UKTI ensure British companies make the most of the opportunities it offers?

TC Firstly, we provide some funding support for UK Film Export, which brings over groups of British sales agents looking to sell into international territories.

We’ve also got a formal trade mission coming out from the Northern Powerhouse region, led out of Manchester by UK Trade & Investment North West.

They have recruited a group of approximately 20 producers, directors, production companies and so on, who will be at AFM for the duration.

While they’re here we lay on events including a briefing on arrival and a networking breakfast, where we get industry insiders in LA to sit down and talk in detail about the way to do business at AFM.

We end by having networking drinks, which is a great opportunity for us to bring together our wider industry contacts in LA, and give our British companies a platform to meet, deepen relationships and do business.

What particular advice would you give UK companies attending AFM?

TC Your success at AFM to some extent is determined before you arrive.

But it’s critical you’ve done that homework before you arrive, to know what kind of things they’re looking for and how they expect to be approached.

It’s also important to be open-minded when you arrive. There will be people you meet and connections you make that you couldn’t have predicted, and that can only happen if you’re open-minded, actively attending events and making sure you fill your calendar. As well as AFM, UKTI is involved in other US initiatives including its high-profile Britannia Competition, the winner of which will benefit from a full programme of meetings with some of LA’s most influential figures, and BritWeek.

Founded in LA in 2007 to celebrate the creative relationships between the US and UK through music showcases, film screenings and theatre performances, BritWeek now takes place in five cities across the US including Orlando, where it will be held from November 8-14.

“UKTI provides some support with the programming, and a few of us sit on the BritWeek committees in the different cities where it now takes place,” explains Tim Crouch. “We also host the UKTI BritWeek Business Innovation Awards in LA. BritWeek Orlando is newer, but it celebrates exactly the same things.

“There is a strong ex-pat community in Florida and a natural tendency towards the UK, and I think BritWeek utilises that really well to increase our profile and presence in some of those key markets.”