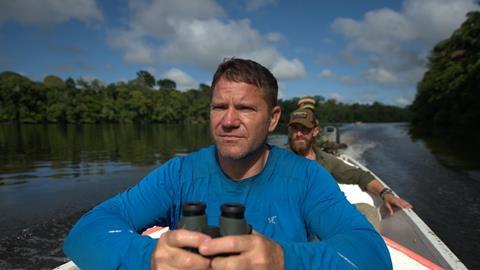 UKTV has set out its commitment to environmentally friendly operations on the back of a week of global climate protests.

All of the BBC Studios-owned broadcaster’s productions are mandated to report their carbon footprint using Bafta’s Albert carbon calculator and 20 have been certified sustainable, with 15 more in the process of certification.

UKTV’s ambition is for all of its productions to be certified sustainable, but senior commissioning editor Helen Nightingale said it wants to go even further. “Our big aim is to eventually become carbon neutral,” she said. “It’s quite a challenge.”

The broadcaster has already delivered its first carbon-neutral production: Expedition With Steve Backshall. The programme offset its emissions by funding a project on the Rimba Raya Biodiversity Reserve in Borneo, Indonesia.

The company is also preparing to launch a sustainability steering group. It will be sponsored by director of commissioning Richard Watsham, who will give feedback to chief executive Marcus Arthur and the executive leadership team.

UKTV’s commitment also manifests itself in its tech and operations department, which has its own sustainability group. The broadcaster has also secured a 100% renewable-energy source to power its Hammersmith head office, and partnered with its supplier to recycle end-of-life laptops for use in schools.

The team is also working with Media Servicing, an organisation that will use the recycled plastic from UKTV’s physical archives in the making of roads.

“So next time you are driving around the M25, you could be rolling over an old copy of Taskmaster,” said UKTV director of operations and business technology Nicola Greaves.

“We have to get across the message that if we don’t make radical changes, we’re going to hell in a handbasket”
Helen Nightingale, UKTV

UKTV also signed up to Bafta’s Albert’s Planet Placement initiative earlier this year, which encourages producers to embed environmental messages in their content.

In the former, Nish Kumar gives a lecture on ‘10 Ways the World Could End’ in which he speaks about a potential climate catastrophe. In the latter, Richardson talks about the state of the environment and speaks to futurologist Mark Stevenson, who suggests lifestyle changes the audience could make.

“We have to get across the message that if we don’t make radical changes, we’re going to hell in a handbasket,” said Nightingale. “We’re passionate about it here at UKTV and we will keep on it.”