“Now that the World Cup’s over, there is no better drama on television” 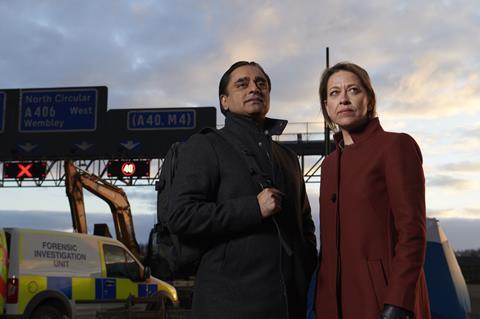 “Unforgotten is – once again – superb. Clever, without being clever-clever; big-on character without trying to be all bleak and Scandi. It is beautifully crafted and performed; tight, gripping, but also moving and so very human. Now that the World Cup’s over, there is no better drama on television than Unforgotten.”
Sam Wollaston, The Guardian

“The third series opened with the discovery of human remains under the central reservation of the M1 and closed with the victim’s name and age only just discovered. Yet the hour of thoughtful drama that came between these two events was as compelling as anything we’ve seen on television this year. Unforgotten promises to be the summer’s most intriguing TV show.”
Gerard O’Donovan, The Telegraph

“You might find it depressing that yet another crime drama is relying on yet another murdered young woman for its engine, but, especially with this star cast, this looks like being one of the good ones.”
Carol Midgley, The Times

“With Nicola Walker and Sanjeev Bhaskar as the slightly odd, slightly mismatched (but not too much) cold case detective duo, this series somehow manages to be bleak without ever losing its heart.”
Matt Baylis, Daily Express

“Occasionally some of the dialogue was a bit clunky and exposition-heavy. But for the most part it was believable, compelling human drama without the tendency to wallow in small-town nastiness for the sake of it that bedevils some other examples of the genre.”
Jeff Robson, The i

“A crime drama with all the complexity of a cryptic crossword in 3D. Even the most avid Only Connector has no chance of solving this one. Make sure not to miss a minute of it, or you’ll never understand the solution.”
Christopher Stevens, Daily Mail

“If you missed Dunkirk: The Forgotten Heroes, please do consider watching it on catch-up. It will make you well up with tears and want to kick a wall in anger at the same time.”
Carol Midgley, The Times

“This was a terrific, detailed and emotionally engaging documentary that told the sad, and shamefully uncomemmorated story of the 51st Highland Division, left stranded in France in June 1940 after the evacuation at Dunkirk. The sense of desperate men fighting on to the last bullet, and hope being snuffed out was heartbreaking.”
Gerard O’Donovan, The Telegraph

“This one-off programme paid tribute to the astonishing bravery of the whole division. It was highly informative and entertaining but most of all it was lump-in-the-throat telly.”
Christopher Stevens, Daily Mail