“The finale of Unforgotten was an exquisitely crafted punch in the guts.” 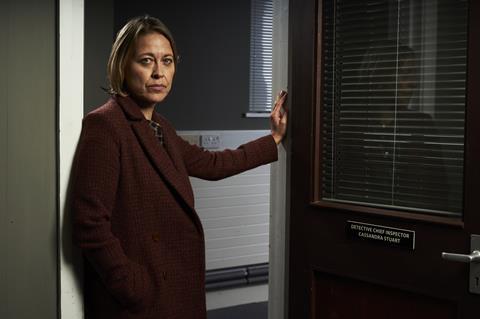 “The finale of Unforgotten was an exquisitely crafted punch in the guts, a shocking kick in the teeth. It was extraordinary and it was devastating.”
Carol Midgley, The Times

“The denouement brought a satisfying end to a reliably solid season of slow-burn sleuthing.”
Ed Power, The Telegraph

“When I reviewed the first episode of this series, I wanted Unforgotten to work harder to keep my attention. It did. Closing on such a permanent bombshell displayed a boldness the series had long been lacking.”
Emily Baker, The i

“Gabriel Clarke and Pete Thomas could have made three poignant documentaries from the material they elegantly spliced together. During filming, though, the directors learned that Charlton was struggling with dementia. Jack’s suffering, possibly due to heading heavy footballs for decades, became a tragic counterpoint to the sweetness of the rest of the film.”
Stuart Jeffries, The Guardian

“Clarke had lined up some impressive interviewees, including U2 drummer Larry Mullen Jr, author Roddy Doyle and comedian Brendan O’Carroll. But these sequences paled against the tragedy of Charlton in his twilight. So while football fans will have enjoyed raking over the coals of, say, Ireland v England at Euro 88, it was through bearing witness to a great man’s decline that Finding Jack Charlton shredded the heartstrings.”
Ed Power, The Telegraph

“Khan’s transgressions may be what draws nosey viewers in, but it’s the juxtaposition of his cheeky personality and Makhdoom’s mothering competence that is genuinely engaging. The series is incredibly fun to watch, though rather than the portrait of a balanced, healthy relationship they intended, it is an insight into what it is like to be married to the childish but loveable boxer.”
Emily Baker, The i