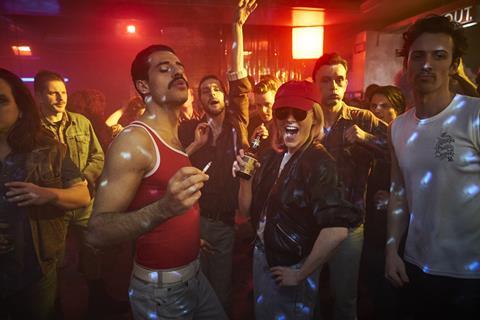 “This is a cracker of a tale with a tragic narrative, but at times the slapstick and superficiality diluted the overall punch.”
Carol Midgley, The Times

“Sky Arts’ always entertaining spin on celebrity legends, anecdotes and half-truths, launched its third series with one of its best-judged instalments. It was an unusually poignant episode for a series which often favours out-and-out silliness.”
Gabriel Tate, The Telegraph

“It was a genuine pleasure to watch the opening episode of the third season, which took a brilliant premise and built on it to tell a melancholy story of the masks that we hide behind.”
Sarah Hughes, The i

“It’s a shame that the shouty, frantic presentation of Supermarket Secrets is such a turn-off because Greg Wallace does describe food well and the show had interesting things to say.”
Carol Midgley, The Times

“Consumer journalist Nikki Fox set out to discover whether shoppers are more tempted to buy bags of expensive biccies when they can see stacks of fresh macarons, than when there are only laminated pictures on display. The answer to this test was so obvious, I suspect it was just an excuse to fill five minutes of airtime while scoffing macarons. Still, it was all briskly interesting.”
Christopher Stevens, Daily Mail

“It felt like a bad documentary for schools from the Seventies, and it got worse when two families were sent out to compare the experience of shopping in Tesco and the dreaded ‘German discounters’. The rest of the show was mostly retired supermarket executives, sitting in floral-print armchairs in their front rooms, reliving past excitements.”
Christopher Stevens, Daily Mail

“Fosse/Verdon, its tremendous lead performances notwithstanding, feels both effortful and sweaty, a somewhat disorderly eight-hour distillation of a five-decade partnership. The result is a series that’s patchy and unsure of itself, but also periodically salvaged by its artful swagger and kinetic energy.”
Jake Nevins, The Guardian