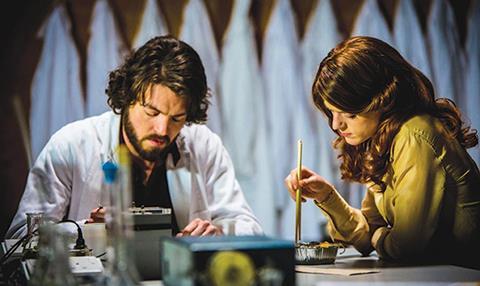 How it was done

Colourist Aidan Farrell used several of the Nucoda Filmmaster’s tools to impart a specific period look for the 1970s-set episode one, including a pillar-box 4:3 aspect ratio. Farrell’s inspiration for the look came from photographer John Hinde, who is known for his vibrant colour images. The second episode returned to the present day, where the bold colours took on a more graphic, Technicolor-inspired vibrancy. Farrell used flares, glares, glints and glows to highlight specific colours within clothing, lighting and the set, which helps to take series two one step further into the unknown.

Owen Hulme completed numerous FX shots and composites as part of the online in DS Nitris.