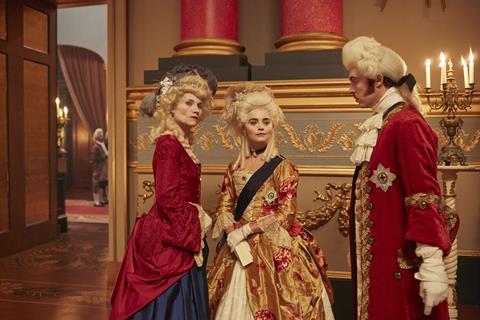 “Poor Victoria. It has been shunted to the sidings like an overdressed wallflower lately as everyone fusses over who is ‘H’. Last night’s episode reminded me that it does consistently deliver quality, albeit in royal soap opera form.”
Carol Midgley, The Times

“A royal ball gave us a chance to revel in some sumptuous costumes and smartly choreographed gavottes and quadrilles. The sight of an enraged monarch dishing out a jaw-rattling slap to her husband was genuinely shocking.”
Gerard O’Donovan, The Telegraph

“Line of Duty lost its lifeblood when John Corbett (Stephen Graham) was murdered, but last night Anna Maxwell Martin proved its emergency transfusion. She played DCS Patricia Carmichael with exquisite passive-aggression. Her quiet voice was glacial with sarcasm. To use a Ted-ism, we were cooking on gas again.”
Carol Midgley, The Times

“From the opening sequence of a snow leopard launching itself at a blue sheep – and hurling them both off the mountainside to tumble 200ft down, embraced in a terrible grapple – to the golden eagles trying to pierce each other’s bodies with their talons, these are heartstopping scenes.”
Emine Saner, The Guardian

“Steve Backshall deserves a Nobel Prize for striking heroic poses. More of those stunning horizons and less posturing from the presenter would have been welcome.”
Christopher Stevens, Daily Mail