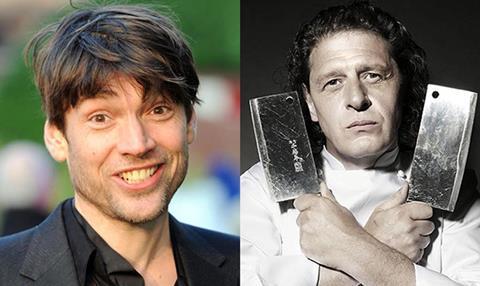 The UKTV entertainment channel has ordered the cookery competition format Battlechefs in partnership with P&O Cruises.

It will feature 10 celebrities including James, Boyzone singer Keith Duffy and EastEnders star John Partridge taking over the kitchen of a cruise ship - with their culinary attempts judged by White. The series will be filmed across two Mediterranean cruises on the Britannia ship, one of P&O’s new flagship cruiseliners.

The show, which will launch in 2016, will be exec produced by UKTV commissioning editor Victoria Summer.

“It’s an energetic show which centres on challenge and good-hearted rivalry, so sits perfectly alongside Watch viewer favourites such as the hugely popular Masterchef Australia,” said Summer. “Seeing whether our celebs can pull off the menus they’re given against the clock is going to be very entertaining.”

Spark Media’s Baker added the show was part travelogue and part game show. “It’s a TV hybrid that features celebs who are passionate about food,” he said.