We Are Lady Parts; Subnormal: A British Scandal; The Me You Can’t See

“We have not seen anything like this on mainstream British TV” 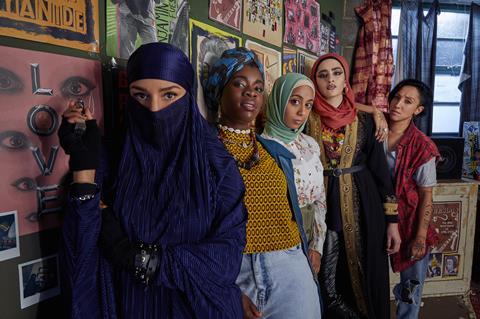 We Are Lady Parts, Channel 4

“We Are Lady Parts is rowdy, spoofy, extremely silly and surprisingly sweet. We have not seen anything like this on mainstream British TV. The silliness can get a bit one-note, and the jokes don’t always land. But the main characters and the strength of their sisterhood are beautifully drawn, and the original songs are hilarious.”
Chitra Ramaswamy, The Guardian

“On paper We Are Lady Parts reads like a car crash. In practice, however, it is the opposite: a fresh, cheerful, unexpected triumph. It helps that it is sharply written at pace and pretty fearless. Not all the gags work, but what WALP (if I may use the acronym) has a surfeit of is originality and spirit. And it’s funny, which is always a bonus. We need new comedy and this is most welcome.”
Carol Midgley, The Times

“The intention here is to dismantle the stereotypes and show that Muslim women come in all guises. And it does, winningly, albeit in a very broad way. If the show sometimes feels as if it’s trying a bit too hard to be cool, it can be forgiven – when representations of Muslim women on screen are mostly confined to the news bulletins, at least We Are Lady Parts offers something joyful.”
Anita Singh, The Telegraph

“Subnormal: A British Scandal is a crystal-clear documentary by Lyttanya Shannon. This is a sobering story, told with skill and compassion, and it is a compelling and devastating account.”
Rebecca Nicholson, The Guardian

“Lyttanya Shannon’s excellent documentary introduced some of the real-life casualties of this sinister disgrace, a crude and racist form of off-rolling. Here was a forensic and damning case for the prosecution with eloquent testimonies from the experts who had seen this unofficial policy executed first-hand.”
Carol Midgley, The Times

“Subnormal: A British Scandal exposed the flawed educational policy that deemed black children to be of lower intelligence than their white counterparts. It was an emotive film but a well-researched one, explaining how this segregation came to pass.”
Anita Singh, The Telegraph

“Littanya Shannon’s investigation into a schools outrage was precise and professional journalism, fuelled by an anger that was never permitted to overwhelm the facts. The documentary was by no means flawless. All the same, any BBC1 documentary that treats its subjects and viewers with equal respect is something to be welcomed.”
Christopher Stevens, Daily Mail

The Me You Can’t See, Apple TV+

“The series really acts as one giant Prince Harry therapy session, most of it conducted by Oprah Winfrey. But to label this as the follow-up to Oprah’s sensational sit-down with Meghan would be to do the programme a disservice. Taken as a whole , The Me You Can’t See is a sensitive, serious-minded look at mental health.”
Anita Singh, The Telegraph

“At first glance, The Me You Can’t See is a slick, polished, overtly American series about the power of sharing your troubles. But the schmaltzy opening sequence does a disservice to the rest of the thoughtful yet fiercely forthright series. It’s a reminder that no matter how old you are, where you’re from or your gender, poor mental health can affect anyone.”
Emily Baker, The i

“As an exploration of trauma and mental health, it’s frustratingly unambitious. The Me You Can’t See is undeniably well-intentioned, but it doesn’t push the conversation about mental health any further than it feels the need to. The Me You Can’t See is full of people talking, but rarely about the things we desperately need to be talking about.”
Adam White, The Independent