“It was horrific and violent, sad and gruelling. You must watch it” 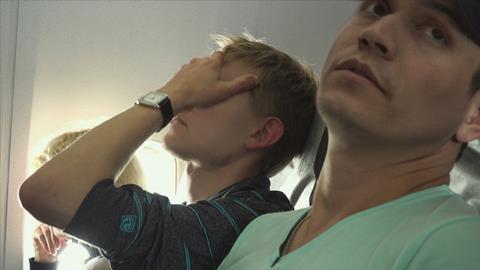 “David France has made a difficult, distressing and often tremendously bleak film about the torture and murder of LGBT people in Chechnya, and the brave efforts of community activists and organisers to “extract” them from the region. Like his films How to Survive a Plague and The Death and Life of Marsha P Johnson, Welcome to Chechnya is necessarily grim and harrowing, but it is also hopeful, if you view it as a testament to human kindness, ingenuity and courage.”
Rebecca Nicholson, The Guardian

“It is a story that has been relayed in news reports but this brought home the horror with a dramatic urgency. David France’s grimly compelling film was a docu-thriller, with heart-stopping moments as activists spirited people out of the country in clandestine operations. A happy ending, from what this film showed us, is a world away. The identities of the gay men and women were masked with digital face transplants. There have been warnings about this technology before and its potential use in “deep fake” videos, but here it served an important purpose: allowing us to see the fear and worry and fleeting moments of hope and relief, which we could never have got from a silhouette.”
Anita Singh, The Telegraph

“Welcome to Chechnya: The Gay Purge was horrific and violent, sad and gruelling. You must watch it. Ramzan Kadyrov, leader of Chechnya and ally of Putin, denies there is a problem. Yet there is a problem. The Russian LGBT Network has so far managed to get 151 threatened people out of Russia. Others have not been so lucky. There was not much hope here. Clearly we all need to make a lot more noise. This extraordinary film will have raised the decibel levels.”
Rupert Hawksley, The i

“Celebrity MasterChef sets challenges for its contestants, but the challenge for viewers was: “Name that celebrity.” We all know who the former footballer John Barnes is, but Thomas Skinner, anyone? Anyway it was the same old formula, with the contestants set cooking tasks and the judges Gregg Wallace and John Torode shovelling down the results. Like all these long-running shows it works, but the padding in the middle, when they were sent to top London restaurants to cook for customers, went on far too long. There is a feeling of tiredness in this series, Skinner trying to bellow some life into it by saying: “I’m not going to let this dish go Pete Tong.” Sigh. I didn’t much care who stayed and who went.”
Carol Midgley, The Times

“Early days, of course, but I have a feeling that series 8,396 of Celebrity MasterChef could be very good indeed. Gregg Wallace and John Torode seem up for it and the contestants, or at least the first five of them, are great value and don’t seem to be able to cook all that well, either. Perfect. Block out your weeknights, folks. There were no changes to the formula (heaven forbid!), so the celebrities cooked a couple of dishes and then had a crack at working in a restaurant kitchen.”
Rupert Hawksley, The i

“A 1930s noir that begins with a gruesome murder? A rookie detective of Mexican heritage joins the LAPD, setting up a culture clash between his community and law enforcement? Rory Kinnear as a mild-mannered German paediatrician who keeps a swastika flag in the coat cupboard? Natalie Dormer as a shape-shifting demon who sets up a race war, cheers on the Third Reich and keeps striding about in a leather dress that makes her look like a DFS sofa? This is all a bit much. But for a drama with all this going on, it’s not actually very dramatic. The chief Nazi is such a cartoon baddy that when he arrives the tone is pitched somewhere between Raiders of the Lost Ark and ’Allo ’Allo’s Herr Flick. A show like this needs to commit either to being a horror or a riot, and it does neither.”
Anita Singh, The Telegraph

“Ju-On first slithered on to screens in 1998, part of Netflix’s growing investment in foreign language this is a strangely positioned addition to the series. Long-form horror is difficult to perfect, as exemplified time and time again by shows like The Walking Dead and American Horror Story, creakily stretching plots that would usually unspool in less than 100 minutes into an exhausting number of hours. The merciful decision to restrict Ju-On to just six 30-minute episodes means that its welcome is never outstayed but equally, it fails to linger, a series filled with moments rather than a substantive driving narrative.”
Benjamin Lee, The Guardian