Who Are You Calling Fat?; Dublin Murders 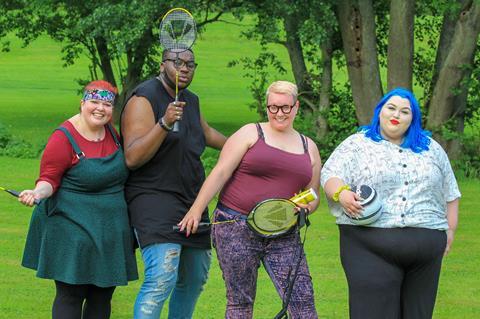 “In Who Are You Calling Fat? nine big-bodied people of different ages and backgrounds spent a week together in a country house – no scales or ‘inspirational’ thin fitness instructor in sight – to talk about their varying attitudes towards weight. It made for an informative, impressively nuanced look at obesity.”
Kasia Delgado, The i

“All nine seem mentally robust enough to preclude the accusations of exploitation commonly made against this kind of thing. Altogether it is a programme that carries an unexpected heft, and carries it well.”
Lucy Mangan, The Guardian

“This was an uneasy blend of crass reality show and thoughtful documentary. With more than a quarter of British adults now obese and its impact on the NHS escalating, this programme was well-intentioned but its confusing format ultimately frustrated. It felt like it should be airing on a commercial channel, rather than BBC prime time.”
Michael Hogan, The Telegraph

“I still half suspect Victoria was a spoof character put there to wind us up. She wasn’t irritating, she was actually dangerous, seeming, as one householder said, to be part of a cult. But, in truth, Victoria was also the most entertaining person there and what made this documentary so very watchable.”
Carol Midgley, The Times

“Studio debates and audience questions are seen as an outmoded way to stage discussions. Now, everyone piles into a house to be filmed as tempers fray. It used to be called Big Brother but these days, as the housemates sneak into the garden for a gossip or blub with self-pity in the kitchen, we’re expected to take their conversations seriously.”
Christopher Stevens, Daily Mail

“Dublin Murders passed its halfway point with the truth still no clearer amid the two murder investigations, dual timelines and moral murkiness. Yet the killer combination of Tana French’s bestselling novels, screenwriter Sarah Phelps’s masterly adaptation and the two leads’ superb performances continues to exert its chilly grip.”
Michael Hogan, The i

“I couldn’t swear that I’ve completely understood every single second of Dublin Murders, but I do know it’s five notches above your average crime drama. Nutty, gnarly and complex with cracking dialogue, it contained two stand-out scenes likely to spoil your sleep. This is dark, dark stuff and you know it’s only going to get darker.”
Carol Midgley, The Times