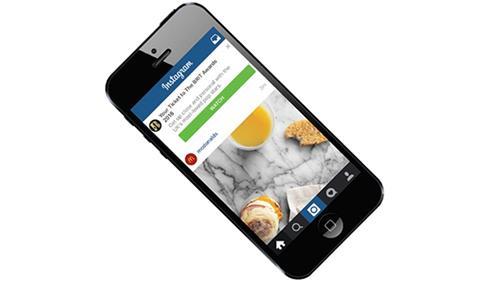 Somethin’ Else for ITV

The judges were impressed: one praised the “incredible and innovative use of several social platforms”, while another complimented the campaign for making “the best use of all platforms, creating bespoke content for each”.

In the months leading up to the awards, the campaign used all platforms to create an interactive journey, building excitement with a steady trickle of information.

On the night, a 60-strong ‘newsroom’ worked behind the scenes with designers, photographers, interviewers and social media platform experts to ensure all platforms were working to full capacity.

Their efforts paid off, with the Vine channel racking up more than 10 million views on the day. Meanwhile, its Facebook page likes grew by 81%, with its red carpet stream reaching almost 12 million people. The Brits page reached more than 57 million unique people, clocking up more than 14 million video views. One judge said this was “an impressive, creative and truly cross-platform strategy”.

HOLLYOAKS #GLOVEDHANDKILLERDIARY
Lime Pictures for E4
The Hollyoaks team took one of the soap’s biggest stories and turned it into an interactive, multiplatform treasure hunt across TV, social media, print magazines and popular websites. It drew an extra 70,000 people to C4’s episode and 102,000 more to E4’s.

Humans’ ‘Personal Synthetics’ campaign took the fictional brand from the programme and marketed it in reality, promoting ‘synths’ as real products. The marriage between the serious commentary of Bill Gates and Stephen Hawking with the controversial concept of an AI world sparked debate, buzz and engagement with the show from the off.

This truly digital campaign was a co-production between YouTube, Princess Productions, Cancer Research and Google. Linking social media accounts, they reached 2 billion followers, while securing the Google masthead. Targeting younger audiences resulted in the campaign racking up 900,000 views and becoming the most talked about event of the day on Twitter.

BBC Science pushed to build engagement and attract new audiences to the mission of Britain’s first ‘official’ astronaut Tim Peake. It collaborated with UK Space, European Space Agency and Nasa to build a sustained publicity campaign across all BBC channels and digital platforms, from The One Show to BBC News social accounts.

YOU, ME AND THE APOCALYPSE
Bigballs Films for Sky 1
To draw audiences to Sky 1’s 10-part comedy drama, Bigballs created an online conversation hosted by a number of influential YouTube stars who later appeared in the series. The original content produced by 10 You Tubers drew more than 25 million views on YouTube and more than 60 million engagements on social media.