“The hunting isn’t especially impressive, once the prey has been located.” Read on for the verdict on the weekend’s TV. 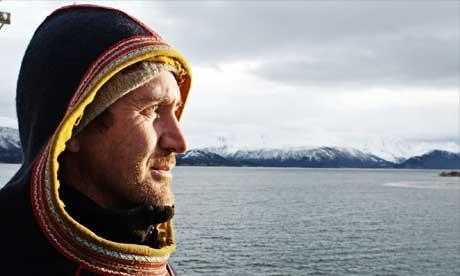 “Bruce Parry is currently making his way round the Arctic, making gauche small talk with the native people who eke out a living in this ungenerous landscape.”
Tom Sutcliffe, The Independent

“The hunting isn’t especially impressive, once the prey has been located. You just walk up to a poor seal who’s having a snooze by his ice hole and shoot him in the head.”
Sam Wollaston, The Guardian

Dispatches: The Battle for Haiti, Channel 4

“It told the story of the country’s descent into lawlessness, exacerbated by the fact that many of the most violent prisoners in Port au Prince’s jails had escaped during the earthquake and are now running the vast tented villages in which the homeless live.”
Tom Sutcliffe, The Independent

“They challenged a group of British magicians to restore to them the “beautiful, wonderful feeling” of not having a clue how it was done.”
Tom Sutcliffe, The Independent

“Last night’s story fizzled out ten minutes before the end and Simon Burke’s dramatisation of Michael Dibden’s novel threw away its one interesting idea, an empty suitcase that promised different riches to different people.”
Andrew Billen, The Times

“At the outset last week Zen was billed as the one good man in the midst of it all…All that went clean out of the window in the second mystery.”
Matt Baylis, The Express

“It may be simplistic going on naive, but it’s neat and makes its points plainly.”
Andrew Billen, The Times

“The most exciting thing that happens in this one, the first episode of series four (why?!), is that a postal order doesn’t get signed.”
Sam Wollaston, The Guardian

“Robert walked off into the bush and lay down on a rock to and quietly died, which was a brave way to go and a brave story to include in a Sunday night crowd pleaser.”
Matt Baylis, The Express