“Thrilling certainly, taut and tense.” Read on for the verdict on last night’s TV. 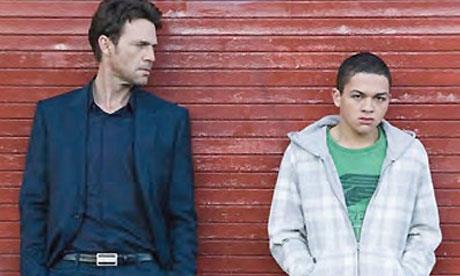 “A cliché-raddled and mannered gangster saga has turned slowly into a work of surprising power.”
Matt Baylis, Daily Express

“Bizarre accents aside, the late Frank Deasy’s four-part thriller has been pretty good. Thrilling certainly, taut and tense. Ambitious too – maybe not Red Riding ambitious, but a big leap from The Bill. Good work.”
Sam Wollaston, The Guardian

“The arrogance of their youth was at first hard to take, but as the weeks wore on Sugar’s school of hard knocks had taken the rough edges.”
Andrew Billen, The Times

“Through the thick Bristolian accents, a few lines shone, but then again too few to mention. Dappers wasn’t Johnson at her funniest.”
Andrew Billen, The Times

“Ten years ago this was extraordinary, a human zoo in your own front room for the first time. But the novelty wore off. Now it’s just boring, and should probably have been put out of its misery before this last hurrah.”
Sam Wollaston, The Guardian

“All three [leads] offered a unique element of youthful energy, promising great things to come. Though in all I’m not sure that I can see Stanley Park as much of a series. Any longevity it might have, though, as a sexy-boozy teen comedy is rather tempered by the presence infinitely more yoof-friendly Skins.”
Alice-Azania Jarvis, The Independent

COME DINE WITH ME, C4

“Somewhere along the line of CDWM’s explosion, I went a bit off it. It’s lost the undercover cringeworthiness that made it so irresistible in the first place.”
Alice-Azania Jarvis, The Independent