“If these films were a loaf, they’d be much more like a Chorleywood white-sliced than an artisan baked sourdough.” Read on for the verdict on last night’s TV. 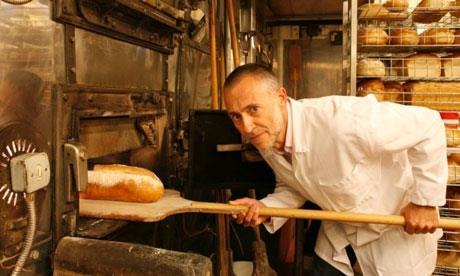 “I must confess I once found the Hairy Bikers a bit irritating, but I’ve now fallen completely under their spell. It is a rare example of TV personalities becoming more charming through unrelenting exposure.”
Tim Dowling, The Guardian

“Very depressing – not because there’s anything inherently wrong with trying to boost the consumption and appreciation of traditional British produce – but because the programmes that do it appear to be batch-produced in a factory. If these films were a loaf, they’d be much more like a Chorleywood white-sliced than the artisan baked sourdough that Michel Roux Jr was rhapsodising about.”
Tom Sutcliffe, The Independent

“There are only so many babies I can watch die in the space of an hour – babies the size of baked potatoes, overwhelmed by tubes, wires and monitors. Some of the scenes bordered on intrusive – they certainly felt that way from a viewer’s perspective – but I think a film like this needs to rake the soul a little bit, so you get it.”
Tim Dowling, The Guardian

“A documentary that made it clear from the opening seconds that it wasn’t going to dodge any hard questions.”
Tom Sutcliffe, The Independent

“The central question of the second week was whether historian Dr David Starkey could be rehabilitated as a teacher, or if indeed he should be.”
Tim Dowling, The Guardian

“It is beginning to look as if school was indeed wasting these teenagers’ time: they could have been getting on with something they were good at, if only they had known what that was.”
Andrew Billen, The Times

“For a show about the beautiful, The Model Agency is not a pretty sight.”
Andrew Billen, The Times

“As gripping as ever, albeit for all the wrong reasons as far as the participants are concerned…this programme works so well because it’s totally honest.”
Virginia Blackburn, Daily Express

“The dialogue is as glossy as the shows’ stars, something else America does better than us.”
Virginia Blackburn, Daily Express