“Bettany Hughes acts as a kind of Indiana Jones of gender redress.” Read on for the verdict on last night’s TV. 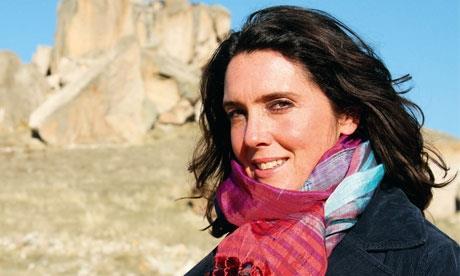 “Bettany Hughes acts as a kind of Indiana Jones of gender redress, touring archaeological sites to reveal how the feminine principle has been systematically purged from our notion of divinity.”
Tom Sutcliffe, The Independent

“Inevitably a great deal felt rushed and, at times, unexplained. Still, Hughes is a charming and persuasive presenter.”
John Crace, The Guardian

“Although historian Bettany Hughes presented a good programme she was a bit vague on the reasons for the shift.”
Matt Baylis, Daily Express

“I realise that however hot palaeontology gets it will still be tepid to some viewers, but I loved this programme. It had everything: love of knowledge for its own sake, psychological drama and a proper sense of how arduous research can be.”
Tom Sutcliffe, The Independent

“There were many remarkable aspects to this film. But the biggest revelation was Clack herself, a woman self-effacing to the point of disappearance; a self-construction that just didn’t hold up.”
John Crace, The Guardian

“Her attempts to find a link between the last of the aquatic fish-like creatures and the first to walk on land were thwarted not so much by lack of funds or sexism as a religious attitude to the truth.”
Matt Baylis, Daily Express

The Sinking of the Concordia: Caught on Camera, C4

“Though there was a horror of a kind… there was nothing really interesting until they hit the rocks, when suddenly things started to get chaotic.”
Tom Sutcliffe, The Independent

“Some of it felt familiar, but much of it gave an immediacy and emotional impact to a disaster that no amount of money spent by James Cameron or Julian Fellowes can ever hope to achieve.”
John Crace, The Guardian

“This fourth episode seemed to be having a crisis of confidence in its own, brilliantly contrived formula. It was tiresome, as some of these drawn-out boardroom tussles are. The Apprentice still throws up moments of pure TV gold.”
Ed Potton, The Times