“It’s a rip roaring tale, expertly and enthusiastically told.” Read on for the verdict on last night’s TV. 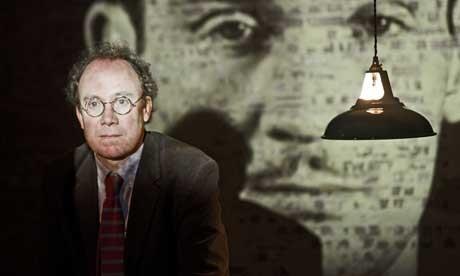 “The only downside was the amount of attention given to Chapman’s bedroom antics. Everyone from presenter to contributors spoke in hushed tones of his success with the ladies as if this elevated him from a mere adventurer to an outright hero.”
Matt Baylis, Daily Express

“It’s a rip roaring tale, expertly and enthusiastically told, as you’d expect from the man who literally wrote the book on it, even if in places the choice of moments to re-enact does appear to have been motivated more by what looked like a laugh than any notion of historical interest.”
Tom Meltzer, The Guardian

“Terrific tale, though, and very amusing action scenes from its presenter.”
Tom Sutcliffe, The Independent

“Once the director Stephen Walker relaxed a bit and stopped making [Ben] Macintyre crouch next to exploding safes and recreating Champman’s walks with a pet pig, this was a dream story told with great flair, reminding us, unfashionably, that for a sometimes undeserving few the war was simply great larks.”
Andrew Billen, The Times

“Odd moments aside, the show was rich with fascinating Ayckbourn trivia, teased out in interviews with friends, fans and contemporaries.”
Tom Meltzer, The Guardan

LONDON: THE INSIDE STORY, CHANNEL 5

“Some walks of life, we’re told, are chocked with regulations, onerous assessments and induction sessions. But apparently not all building sites. Or the BBC.”
Matt Baylis, Daily Express