“You feel privileged to watch.” Read on for the full verdict on last night’s TV. 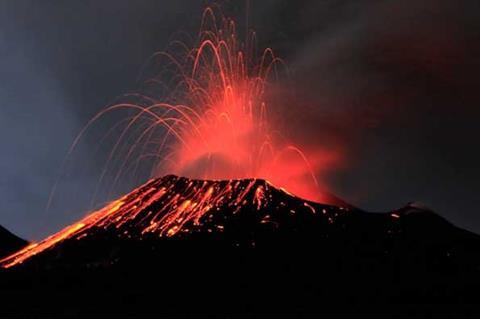 Lost Land of the Volcano, BBC1
“Not only is there fare too much about bloody Gordon, Steve and the rest of the crew, eating into the valuable bird-of-paradise time, where’s also way too much caving. It doesn’t work on TV. Too dark.”
Sam Wollaston, The Guardian

Lost Land of the Volcano, BBC1
“Despite the hype, this is one of those TV shows you feel privileged to watch.”
Matt Baylis, Daily Express

Lost Land of the Volcano, BBC1
“Much concerned by one of its star’s fever, had better tell us next week whether he survived.”
Andrew Billen, The Times

Running in Heels, E4
“I don’t believe it all: a broken heel is caught on camera, some of the interns are seen bitching. It sometimes feels a bit staged. Who cares, though: I’m sure the overall picture is accurate.”
Sam Wollaston, The Guardian

Running in Heels, E4
“About as challenging intellectually as the average make-up feature.”
Tom Sutcliffe, The Independent

Tweed, BBC4
“The fact that the BBC would commission and broadcast a series like this – and stick it in the Radio Times with that take-it-or-leave-it title – is an argument for the licence fee in itself.”
Tom Sutcliffe, The Independent

The Choir: Unsung Town, BBC2
“The unending wells of goodwill and talent threaten this reality series’ narriative impact. If everything keeps going right, where’s the tension? Who’s the tiger in this tale?”
Andrew Billen, The Times

Masterchef: The Professionals, BBC2
“It’s great fun. But it’s got very little to do with food.”
Matt Baylis, Daily Express

True Stories: Cat Dancers, More4
“Harris Fishman’s strangely beautiful film was illustrated by remarkable footage of the Holidays’ tacky act and their home videos, but it is Ron’s story telling that will stay with me.”
Andrew Billen, The Times