“Left you feeling that you were looking at a grim, Ghost of Christmas Future vision of Ant and Dec.” Read on for the verdict on last night’s TV. 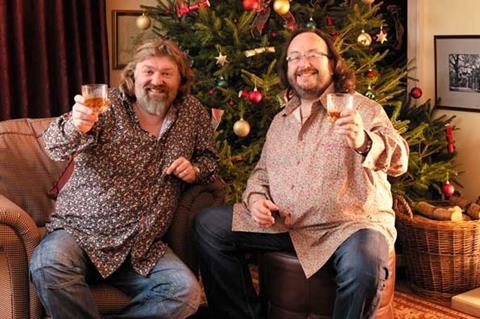 “Left you feeling that you were looking at a grim, Ghost of Christmas Future vision of Ant and Dec… The best tip I gleaned was not to watch next year.”
Tom Sutcliffe, The Independent

“In their attempt to slather their show in a silly format they produced something as stodgy as my Gran’s bread sauce.”
Alex Hardy, The Times

“There was one reason that this third instalment of his Christmas five-parter was the best so far — he’d shed his gimmick.”
Alex Hardy, The Times

Grow Your Own Drugs For Christmas, BBC2

“It all seems rather pointless, but making this stuff appears to excite Wong greatly, so I was pleased to let him get on with it and to share his joy while sprawled on the couch, not moving a muscle.”
Tim Dowling, The Guardian

The Exorcist: the True Story, Five

“The second half basically debunked the first … making the viewer feel stupid for treating the first half with anything other than mocking incredulity.”
Tim Dowling, The Guardian